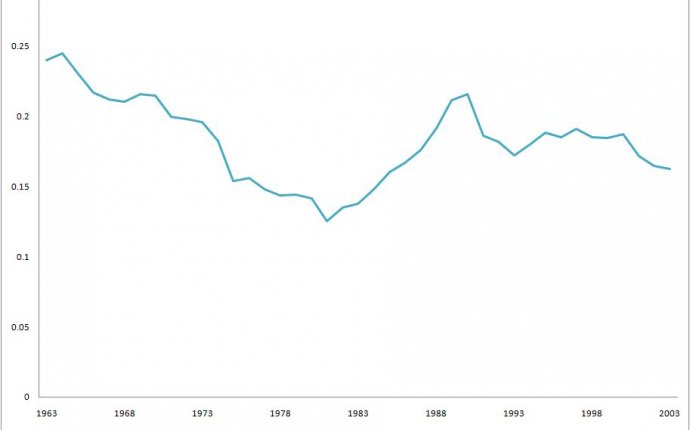 People in rich countries can be coaxed into having more children. But lazy husbands and lovely cities stand in the way

“THERE are no families with many children in this area any more—they all have one or two, ” says Hasibe Enc, who lives in the small, affluent city of Urla in western Turkey. That is irksome for her, since she runs a kindergarten called Pink Dreams. But it is also a crisis for Turkey—or so the national government believes.

Although it is the youngest country in Europe, Turkey is no longer delivering enough babies to sustain its population in the long term. Recep Tayyip Erdogan, its president, rails against abortion and tells women to bear at least three children. To sweeten these vinegary exhortations, the government is introducing “birth aid” payments for each baby born to a citizen and longer parental leave for civil servants.

In Singapore couples receive S$6, 000 ($4, 450) for having one child, another S$6, 000 for a second child and a further S$8, 000 for a third. Families with babies go to the front of the queue for government housing, in which most Singaporeans live. In South Korea the state reminds lovers that they can marry cheaply, without throwing an expensive wedding. In Russia couples are encouraged to get it on for the sake of the motherland on an official “fertility day”; a patriotic woman who gives birth exactly nine months later might be entered into a raffle to win a car.

In every rich country except Israel the total fertility rate (a measure of births per woman) is below 2.1—the level required to keep the population stable. In Japan it is 1.4. Some not-so-rich countries, including China and Russia, are also below the replacement rate. Singapore watches its fertility the way other countries track their balance of payments. Mathematically, that is foolish (see article). But it is understandable: Singapore’s fertility rate is just 1.2. South Korea’s is no higher (see article). 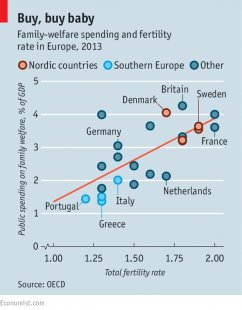 A country that worries about having too few young people to pay old folks’ pensions might be able to import workers. But that tends to bring the natives onto the streets. And home-grown citizens are handy for conscripting into armies. So, as birth rates decline, more countries are turning pro-natalist (not long ago, Iran and Turkey worried that their populations were growing too fast, and handed out free contraceptives). And the baby-boosting is becoming fervent, even desperate.

The trouble with babies is that costs and benefits are misaligned. Couples must pay for them directly, in the form of clothing, extra bedrooms and school fees, as well as indirectly, by cutting back on paid work to look after the little horrors. In Europe a single child is reckoned to cost 20-30% of household income. Parents get scant economic return on this investment. Their children might help them in their dotage, but are rarely forced to do so by law in the way that parents must care for their children. Some of the fruits of their children’s labour, which they might reap, are instead taken in taxes.