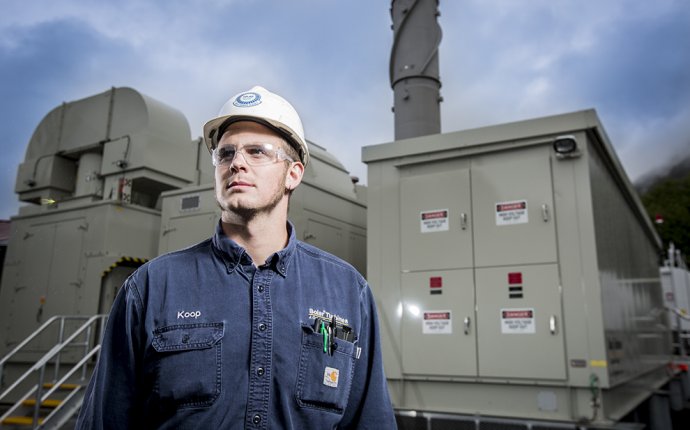 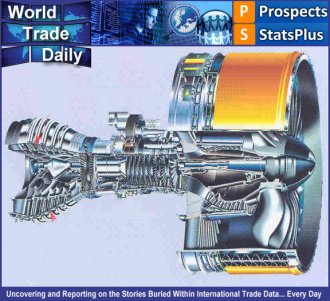 This report covers Solar Turbines Inc. one of the largest exporters in the U.S. and a wholly owned subsidiary of Caterpillar Inc. We cover export shipments by destination and value. We finish with an example of the top commodities sold by Solar Turbines. 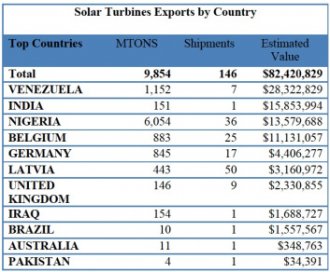 Solar Turbines is one of the 50 largest exporters in the United States and is located in San Diego (click here for San Diego trade profile). 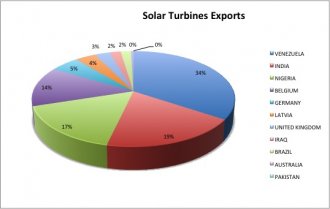 Using a comprehensive data set of all 146 export shipments, 146 Bills of Lading, available here, we created a graph of the commodities sold by value. We found that the commodities matched the list provided by the company. The top commodity sold was HS: 850230, Generating Sets. This commodity generated 30 million dollars of sales from April 2011 to January 2012. HS: 841181 Gas Turbines of a power less than 5000 KW were exported for 15.9 million dollars. HS: 840790 Spark Ignition Rotary Combustion Engines provided another 11.3 million dollars in overseas sales. Below is a bar graph showing the major commodities by value.