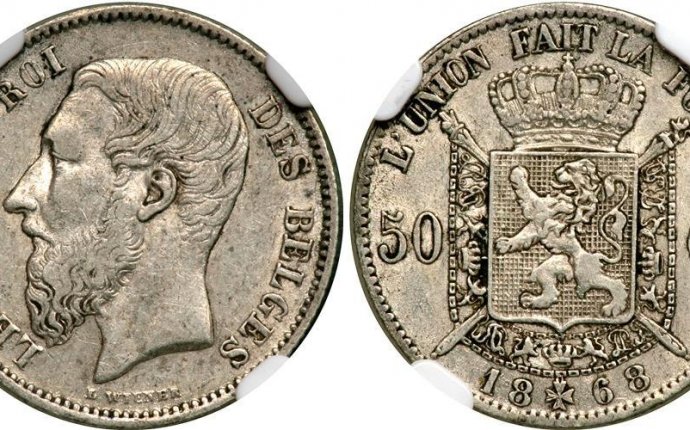 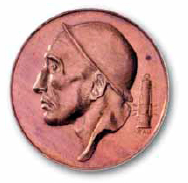 Minting coins is a royal prerogative in Belgium and that’s why it is done at the Royal Belgian Mint. So, from 1832 onwards, most coins have featured the portrait of the Belgian sovereign. But in 1952, a bronze 50-centime coin was struck on which the head of a mine worker was depicted. The miner on the half-franc coin is looking to the left and is wearing a leather helmet on his head. On the right-hand side of the coin, there is a burning coal miner’s lamp.

This was not the first portrayal of a mine worker on Belgian money. In 1869, a 1, 000-franc note with a metal worker and a miner on it had already appeared. The mining industry formed a key link in the Belgian economy, because coal was an important source of energy until after the Second World War.

The post-war years brought a recovery of the currency but it had a rather slow start. Belgium actually had a shortage of metals for coin production and needed a new legal framework as well. In 1947, the economy had recovered to such an extent that it became possible to issue a new series of silver, copper-nickel and bronze coins to be minted. Armand Bonnetain and Marcel Rau, two renowned engravers, were called on to produce four coin designs. The metals and the themes were specified in advance. The silver 100-franc piece would illustrate the dynasty and the other coins were to be symbolic of key sectors of economic life: trade was represented by Mercurius for the silver fifty and twenty-franc coins, agriculture by Ceres for the copper-nickel five and one-franc coins, and industry and mining were depicted by the mine worker’s head on the bronze 20 and 10-centime coins. It was Marcel Rau’s designs that were chosen. 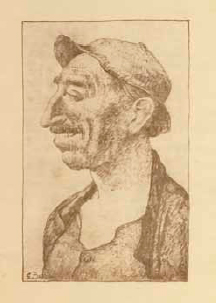 Marcel Rau studied sculpture and drawing at the Brussels Academy. Among his famous works of art is the fifteen-metre-tall statue of King Albert I that adorns the entrance to the Albert canal on Monsin island. Around the middle of the 20th century, Rau also designed fifty-six motifs for the northern and southern façades of the National Bank of Belgium’s new building in Brussels. Each figure symbolised a craft or an economic activity, with which he wanted to show that the institution within these walls is very sympathetic towards Belgium’s economic life and its business world. Marcel Rau was particularly active and productive as a coin engraver, too. He designed no less than ten different types of coin and is also the only person to have portrayed King Leopold III on Belgian money.

Marcel Rau’s new coin series that stood as a symbol for trade, agriculture, industry and mining received its stamp of approval. The Regent’s Decree of 15 October 1948 made provision for bronze 10 and 20-centime coins to be minted, but as early as 1951, a Royal Decree stipulated that the rise in metal prices and the actual demand for coins in circulation justified the minting of a 50-centime coin. The planned 10-centime coin was never put into circulation because of the de facto currency devaluation.

Opinions differ as to who stood as a model for the characteristic mine worker’s head with the leather helmet and oil-burning miner’s lamp. Some people are convinced that it was Louis Delplancq who served as a model. Delplancq was well familiar with the hard toil of a coal miner as he had worked in the mines in the Hainaut for more than 33 years. When the Hensies-Pommeroeuil mine was celebrating its 25th anniversary in 1937, the management ordered a special book about the history of the mine to be published. Parisian artist Gustave Pierre was given the job of illustrating the front page of this book and he chose the then 42-year-old Louis Delplancq with his barrette as a model. Behind his portrait, the image of a Davy lamp also appears.