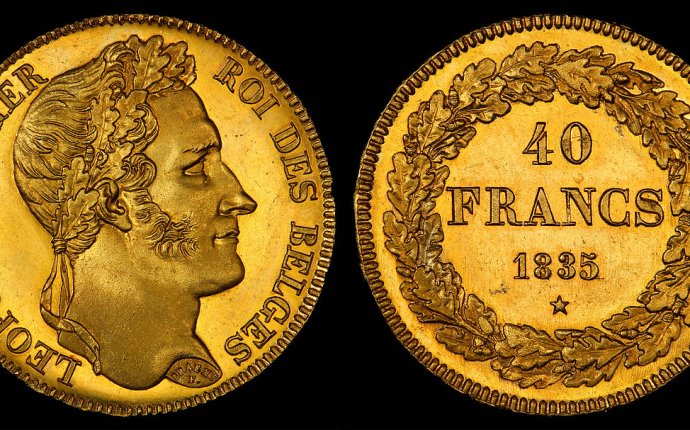 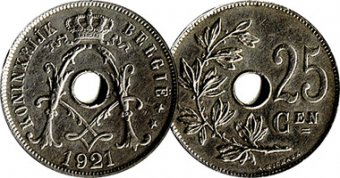 The hole in the center, of course, is the main distinquishing feature of these old coins from Belgium. There are several variations on this theme, and we will attempt to cite them all for you. Just about all of these coins are not very valuable, worth a few US dollars.

First, there are two flavors for the inscriptions on these coins. One is Dutch: KONINKRIJK BELGIE; one is French: ROYAUME DE BELGIQUE. These inscriptions do not affect value except in a few rare cases (see below).

Fourth, 1901 is a transitional date for several Belgium coins. Check this CoinQuest page if your coin is dated 1901 for a comparison to other, similar coins. This page applies only to coins that look like this picture.

Finally, the major denomination difference is plainly shown by large numerals 5, 10, and 25 on the back of the coin.

With all those preliminaries out of the way, here are the catalog values for these coins:

These are catalog values (use our Important Terminology page for its definition) for all of the coins in the series, except a few *better dates* which are worth more. The list below shows the good ones in average circulated condition: