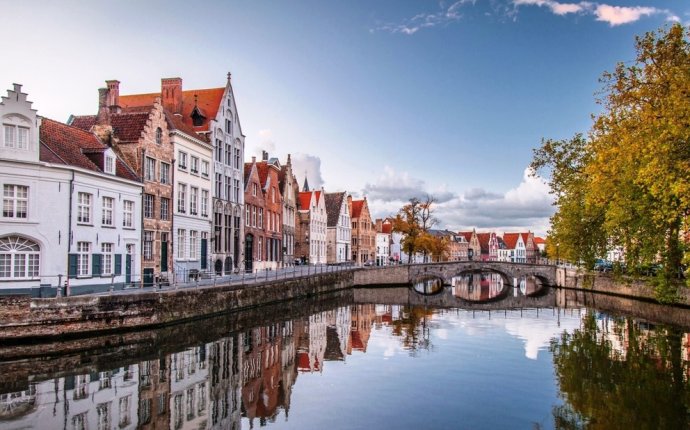 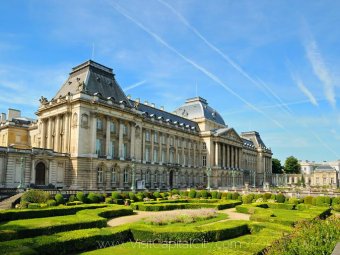 Brussels is a city with dual personalities. It is where Flemish meets French, hip meets historic and beautiful meets bizarre. The Belgian capital is filled with contradictions, contrasts and intrigue, coming together to create a multicultural experience in a true historic heirloom. Art nouveau architecture and monumental edifices outline the city's casual atmosphere, where cafe culture reigns and locals practice a laissez-faire attitude.

Although religious turmoil destroyed much of the city's religious architecture in the late 18th century, the industrial boom of the 19th century brought splendid architectural experiments to Brussels. New buildings reflected splendid Art Nouveau design, characterized by glass and iron formed in sinuous lines, floral motifs and organic tendrils. One of the best examples of the aesthetic is the Old England Building, home of the eclectic Museum of Musical Instruments. Another stunning specimen of Art Nouveau style is the Maison Cauchie, one of the most beautiful homes in Brussels now protected as a national monument. 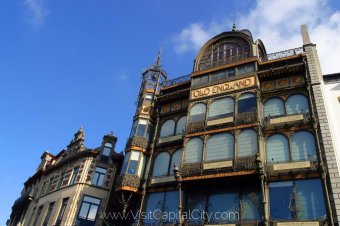 Brussels is also known for elevating sweet treats into an art form. One of the greatest national delights is chocolate, from dark to white, coated or patterned, solid or filled with a dizzying array of decadent treats. You can find delicious goodies nearly anywhere in the city, including at national chains like Neuhaus or Corne Port Royal, but the best delights are crafted individually at boutique chocolatiers like Planete Chocolate. Enjoy window shopping at the boutique stores; the experience of choosing among so many options is almost as sweet as eating the treats themselves.

Besides the chocolate, one of the highlights of the city is the magnificent Grand Place, the central square of Brussels. Hidden away in the heart of the old town, the place can only be accessed through narrow side alleys that lead to charming cafes, cellar restaurants, museums and the beautiful town hall building. 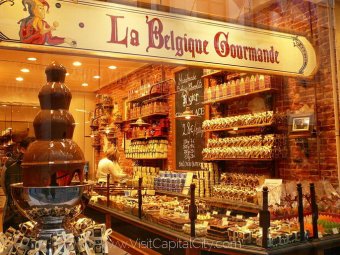 Visit at different times of the day to watch the Grand Place transform in the different sunlight. No matter when you visit, you will see locals milling about and visitors simply absorbing its beauty.

Not all of Brussels' treasures are as conspicuous as the Grand Place. The Musée Magritte, a tribute to Rene Magritte, houses an outstanding collection of the surrealist master's personal items in a completely unremarkable, yellow-brick house. The outside may be nothing special, but the inside of the museum is a treasure trove of famous paintings and a incredibly interesting peek of the artist's personal life.

Other remarkable museums include the Musée d'Art Ancien, which houses works by Flemish primitives, the Musée d'art Moderne, a subterranean gallery showcasing art from the 19th and 20th centuries and the Musée Royaux des Beaux-Arts, one of the country's premier collections of modern and ancient art. 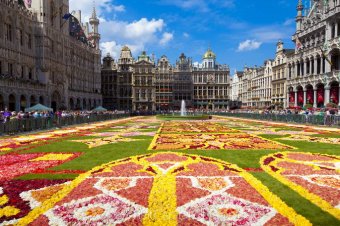 Brussels, like many European cities, is best explored on foot. Many of the city's cobbled streets have been pedestrianized, including the lively Rue des Bouchers. Seafood restaurants and bustling cafes line the famous street, tempting travelers and locals alike with marine delicacies and craft beers.

The Place Flagey is also ideal for an afternoon of walking and exploring. The recently revitalized square is the hip center of Brussels, housing concert venues, bars, brasseries, restaurants and cinemas. Stop by Frites Flagey to sample the city's best fries and enjoy the juxtaposition of modern and historic Belgian style from a bench at the nearby Bois de la Cambre. 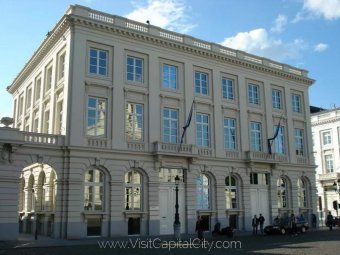 With just over a million citizens, Brussels is centrally located in Belgium and straddles the border between the Dutch and French speaking sides of Belgium.

French is the predominant language in Brussels although Dutch was historically the chief language. German is found in some areas as Belgium’s third official language and English is common but mostly as a second language.

As exemplified by its many cathedrals, the large majority of the population is Catholic despite only 10% attending church regularly. Most Citizens in the “other” category consider themselves atheist or agnostic.

The official currency of Brussels is the Euro.

Brussels has an oceanic climate enjoying pleasantly warm summers and cool winters. It rarely snows but does experience a fair amount of rainfall, approximately 200 days of the year.

Other Attraction in Brussels