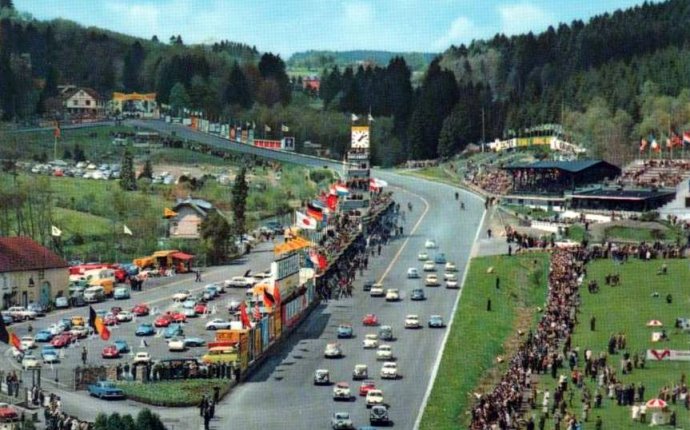 Spa has seen many variations over the years. Designed in 1920, the circuit originally ran for some 15km over public roads in Belgium’s Ardennes region, connecting the hamlets of Francorchamps, Malmedy and Stavelot near the resort of Spa. The elimination of a hairpin turn in the valley of Eau Rouge creek later shortened the circuit by about a kilometer and added to its already fearsome speeds. For while Spa lacked the long straightaways of Le Mans, Monza or Reims, with the exception of the famed La Source hairpin, it was comprised exclusively of fast, sweeping curves where speeds seldom fell below 100 mph.

Those speeds peaked in the early 1970s, when Rodriguez won the 1970 Belgian Grand Prix at an average speed of 149.941 mph and Henri Pescarolo set a lap record of 163.086 mph during the 1973 Spa 100K. Owing to safety concerns, the circuit was reconfigured to its current 7 km (4.352 mile) layout in the 1980s. The revised circuit retains much of the flavor of the original course and, indeed, many of its signature turns including La Source, Blanchimont and the daunting Eau Rouge. As well, the “new” Spa features a demanding, purpose-built section that sweeps down a valley through the fast Pouhon curve and the Campus esse bend before rejoining the “old” circuit near Blanchimont.