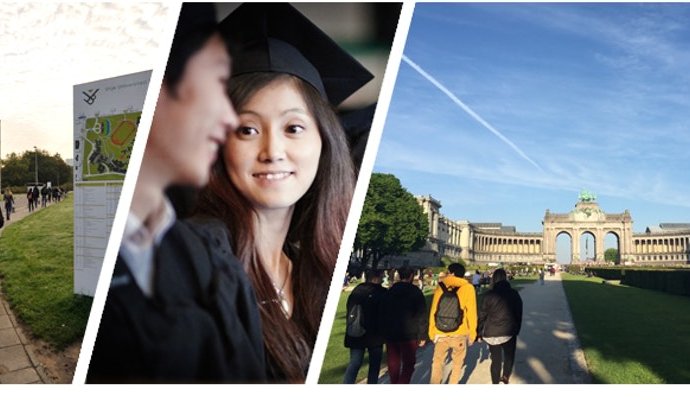 Two Belgian universities have launched a pioneering interdisciplinary and international bachelor’s degree in the social sciences - in English.

But although the children of many working for NATO, the European Union or the diplomatic community attend English-language schools, once they want to start university, “there is nowhere to go for those who are non-French and non-Dutch speakers. What is available in English is at master’s level and dominated by economics and management, ” Vandebroeck said.

It was this gap in the market that led VUB to join forces with Ghent University to create an interdisciplinary bachelor’s degree in the social sciences aimed firmly at the international market.

As well as taking core modules in sociology, political science and communications, students will attend seminars in which they are encouraged to apply all three disciplinary perspectives to a single major contemporary issue, and to reflect on areas of convergence and divergence.

Analysis of Brexit, for example, might address demographic factors, the political implications and the role of the media alongside each other. Given the location of the course, the E.U., its history and functioning will naturally occupy a prominent place in the curriculum.

The first two years of the three-year program will be taught at VUB, while the third will depend on which electives the students choose, although equal teaching will be provided by academic faculty from both institutions.

Factors such as “the shortage of bachelor’s programs in English in Western Europe, the course’s relevance and its unusual interdisciplinary focus” led Vandebroeck to predict that it would prove popular.

Yet initial projections for 60 students proved a notable underestimate despite limited marketing efforts. By the third day of the program but with registration still open, the figures had reached 117 students of over 30 different nationalities.

Of these, 43 percent are Belgian (although often with dual nationality), 33 percent non-Belgian E.U. citizens and 24 percent non-E.U. citizens. The last category includes students from Canada, Egypt, Indonesia, Mexico, Mozambique and Pakistan, some of whom traveled to Belgium expressly to take the course.

Sixteen more come from countries such as Syria, Iraq and Afghanistan as part of VUB’s “Welcome Refugee” plan.

Such diversity may be unusual in Belgian undergraduate degrees, but Vandebroeck believes it can only enrich the learning experience if students from across the globe bring a variety of perspectives to contentious international issues.