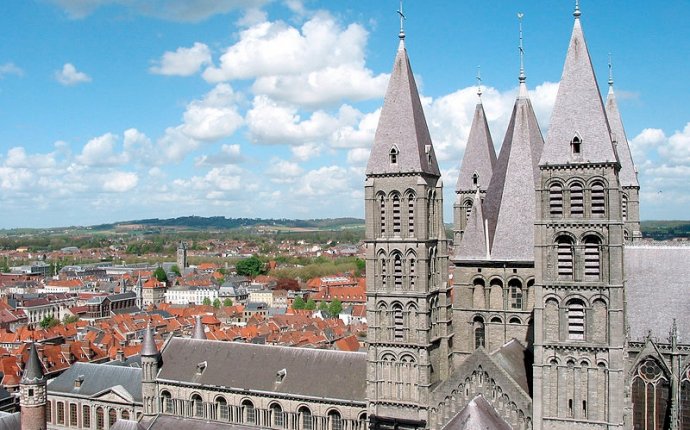 Belgium is a mecca of sorts for beer enthusiasts, and rightfully so. The countryside of this small European nation is dotted with breweries whose traditions go back hundreds of years. They're producing styles of beers such as wild and funky lambics, seasonal farmhouse saison beers, and strong ales made in monasteries. And it's only getting more diverse. "I think often people feel like Belgian beer has stood still for the last thousand years, but it is constantly evolving, " says Greg Engert, beer director for the Neighborhood Restaurant Group in Washington, D.C.

So how is a beer enthusiast supposed to decide where to go when exploring the beer traditions of Belgium? Well, first and foremost, Engert recommends you pick up a copy of the Good Beer Guide to Belgium by Tim Webb and Joe Stange. (Engert wrote an introduction to the book's seventh edition.) "It is the most amazing compendium of opinions of what's great about Belgium, " Engert says. And he also recommends looking for travel advice on the ground. "If you're interested in beer, people in Belgium are so awesome, " he says. "They love to discuss it and tell you their favorite little local places. Engage the people."

But Engert himself is a frequent traveler of Belgium, most recently undertaking an admittedly "super ambitious" itinerary of 12 breweries and 25 restaurants, bars, and cafes—all in just five days. This was a research trip for The Sovereign, the Belgian bar and bistro that Engert's restaurant group opened just last week in Georgetown. Between its 50 draft beers and 350 bottles, The Sovereign showcases the journey that Engert and chef Peter Smith took last year from the lambic countryside of Brussels to the strong ales of West Flanders.

Here now, Engert shares his tips from that trip for those interested in exploring all the breweries, bars, and beer-stocked restaurants of Belgium:

How to Arrange Your Itinerary

You can only do so much in one trip; so decide what you want to really concentrate on. I like to base myself out of a particular area. On my most recent trip, we stayed just outside of Brussels and drove—sometimes short distances, sometimes longer—always returning to the same place at night.

If you want to do a Brussels-specific itinerary, you're definitely going to experience lambic: gueuze and kriek and all those wonderfully funky, spontaneously fermented oak-aged beers. In fact, the most famous lambic maker, Cantillon, is right in downtown Brussels.

We were aggressive, visiting a couple breweries a day, but if I were traveling as a non-beer professional, I would do one brewery per day at most. And it's best to check those out in the morning. Then you can go get lunch and do something in the afternoon that's not necessarily beer-related.

Belgium is small. One thing to consider is staying in the Brussels area but not downtown. That's what we did on our trip—it meant we wouldn't have to go through city traffic when we wanted to drive out to a brewery in the morning, which was really helpful. Or when we went out at night, we could find public transportation to take us downtown to eat and drink.

If you don't want to drive the whole trip, I'd recommend staying in downtown Brussels and renting a car for certain days and specific excursions. But if you're visiting breweries during the day and looking for great beer bars and restaurants at night, you're going to want to return to a city where you don't have to drive after dinner. That's key.

How to Get Around

If you're really keen on visiting the breweries themselves, you have to come to terms with driving. Having a car for at least for a portion of the trip is important because a lot of the destinations are a little bit off the beaten path.