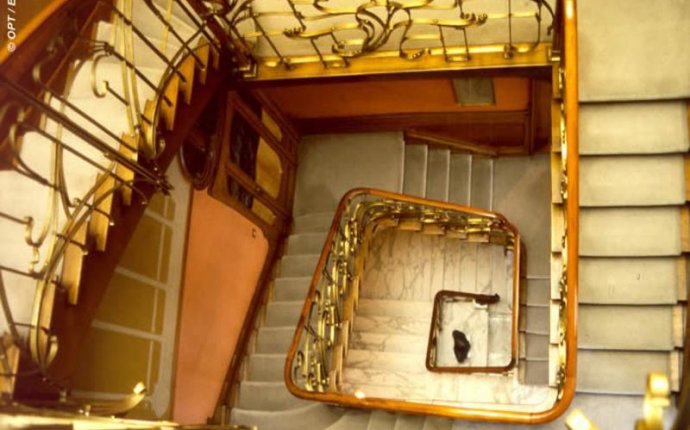 One of Horta’s former students, Jean Delhaye, persuaded the municipality of Sint-Gillis to buy the house in 1961, with the goal of turning it into a museum dedicated to the architect and his work. It was the first Art Nouveau building to be listed in Belgium.

Over the years, as the numbers of visitors has steadily increased, the museum’s popularity literally became a burden

But over the years, as the numbers of visitors has steadily increased, the museum’s popularity literally became a burden. The wear and tear from foot traffic and the weight of administrative functions took their toll on 100-year-old structures originally intended to house a family of three.

Although a long-term restoration plan developed in 1989 foresaw the need for an extension, it wasn’t until 2007 that the municipality was able to buy the house next door. Built by Horta’s contemporary, Jules Brunfaut, it had undergone so many transformations over the years that nothing of the original interior remained.

That allowed the architects to start again from scratch and design a new interior perfectly suited to the museum’s needs. Visitors now enter through the ground floor of the Brunfaut house, which functions as both reception area and gift shop. Previously, they often had to queue outside the front door of Horta’s house, since it can only accommodate up to 45 people at once. Now they can wait inside the building or in the garden behind the extension.