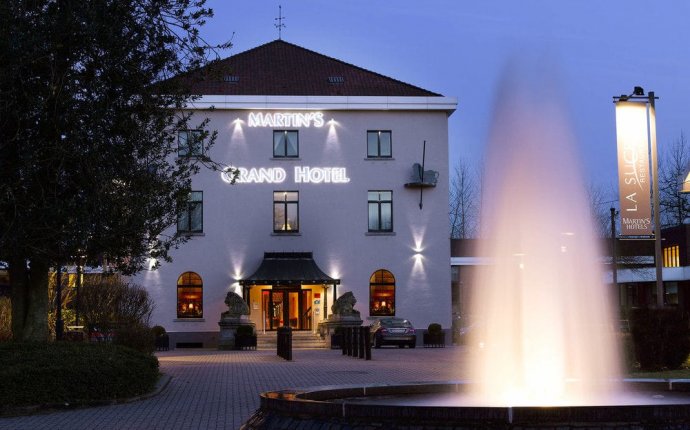 In a city rooted in its historical past, Martin’s Grand Hotel in Waterloo, Belgium, has a story of its own. In 1863, the Raffinerie Nationale de Sucre Indigène et Exotique was founded, creating one of the most successful sugar refineries of its time. Since then, the site changed hands, becoming everything from a condensed milk processing plant to a film studio. But in 1992, the site officially became home to Martin’s Grand Hotel. Today, the hotel lives up to its name where opulence abounds in the form of contemporary styling and Old World comfort throughout the 79 guest rooms, four meeting spaces and luxury restaurant. Offering the best Waterloo luxury boutique hotel experience possible, guests enjoy all of the accommodations of a four-star hotel. And it’s all in the middle of Waterloo’s historic charm while being just a stone’s throw from the heart of downtown Brussels’ excitement and near Brussels International Airport. Guests enjoy it all in Martin’s Grand Hotel in Waterloo, Belgium.