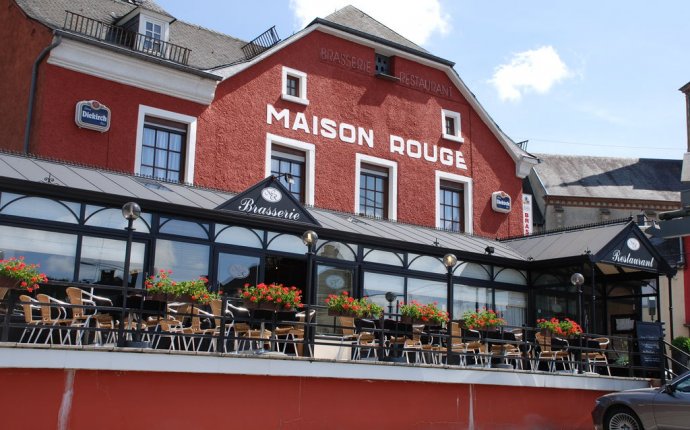 One the shelf of a wall niche in the lobby of Bastogne's 27- room Hotel Lebrun is a head-and-shoulders photograph of an American soldier and his wife. Inscribed across it is, ''To Mrs. Lebrun and family, with sincere thanks for many kindnesses to us during our wonderful return to Bastogne, '' and it is signed ''Anthony C. McAuliffe'' and ''Helen McAuliffe.''

Down the Rue du Marche from the hotel is Bastogne's town square, which since July 15, 1950, has been known as Place McAuliffe. In that cobbled plaza is the Restaurant McAuliffe as well as a mounted bronze bust of the general who replied ''Nuts!'' to the commander of German forces surrounding Bastogne on Dec. 22, 1944, when the surrender of his 101st Airborne Division was demanded.

To visit Bastogne is to slip into a World War II time warp. For American visitors to the Belgian town there is even a comfort, because it was in Bastogne and the Ardennes that American soldiers were perhaps at their most valiant. In the plaza sits a Sherman tank, mounted as a monument; down the street, in Rue de Vivier, the people of Bastogne see films in Le Cine Patton, and all along the curving roads into and out of the town are Sherman tank turrets functioning as route markers.

Just outside of town is the Bastogne Historical Center, a building shaped like a five-pointed star, that houses a series of large dioramas depicting both Americans and Germans during the Battle of the Bulge. To the people of Bastogne it is the ''Nut Museum.'' The wax mannequins are life-sized and dressed in uniforms of the day. The American generals, Dwight D. Eisenhower, McAuliffe, Omar Bradley and George S. Patton, are represented and there are jeeps, tanks, halftracks and trucks taken from the Bastogne battlefields and surrounded by soldiers in uniform.

Just up from the center on a gently rising hill called the Mardasson is the American Memorial, also called the Mardasson Monument by the people of Bastogne. It is shaped as a six- pointed star around a circular core supported by rising columns. On its jutting granite sections are carved the names of the American units that fought in the region as well as all the states of the union. A circular staircase leads to its top, 115 feet up, and from this summit, with the aid of map displays, you can see out over the rolling hills of Bastogne to the various battle sites. Beneath the monument is a crypt containing Protestant, Roman Catholic and Jewish chapels, all decorated with mosaic murals by Fernand Leger.

If you are fortunate, as I was when

I visited Bastogne recently, you

the Belgian Army at the monument. He is there quite often, and he apparently never tires of taking visitors to the top of the monument and telling them that ''I was only a boy of 15 when General McAuliffe came here in May of 1950 to dedicate the monument.'' But he has made himself the Belgian expert on Bastogne and carries around with him maps and battle charts showing the thrusts and counterthrusts of the Germans and Americans.