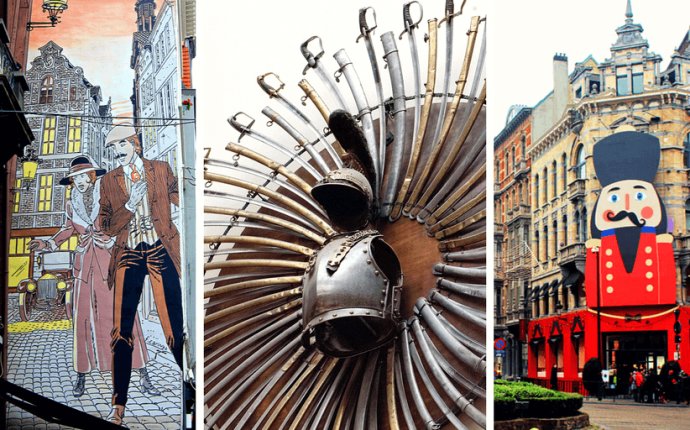 The “Machine Gallery” of the national exhibition in 1880 had quite a way to go before becoming the splendid aviation museum we know today. 170 metres long, 70 metres wide and no less than 40 metres high, this immense glass and iron construction has been the background for an extraordinary variety of activities, ranging from trade fairs to early aviation exhibitions, from equestrian events to warehouse for miscellaneous objects such as German bunkers or building debris. In 1972, the edifice started a new life as an air museum open to the public.

A large-scaled international exchange and publicity campaign enabled the department, which only possessed some thirty aircraft at the time, to collect and display an impressive 130 aeroplanes and about a hundred obsolete engines. This broad array of machines, from countries as diverse and unexpected as Canada or Sweden, is truly exceptional and turns this section into one of the most important air museums in Europe.

From the hot-air balloon ...

To fly like a bird : perhaps mankind’s oldest dream. In 1783, the Montgolfier brothers were the first to give concrete shape to this aspiration. Over a hundred years before the invention of the aeroplane, they succeeded in conquering the skies in a hot-air balloon.

Part of the first floor of the Air section is devoted to these ‘lighter-than-air’ craft. The Zeppelin L30, of which we possess two of the four nacelles, belonged to the new category of great Zeppelins of the German army. With a volume of 55, 000 cubic metres and a length of 198 metres, the L30 had a top speed of 100 kilometres per hour.

In 1931, Auguste Piccard, a Swiss scientist and professor at the Brussels university, soared into the stratosphere in a pressurised aluminium cabin for the first time. After its landing, the nacelle, on display here, was abandoned in the Alps for a number of months, during which time it fell prey to graffiti-writing passers-by.

Alongside the ‘lighter-than-air’ craft, the Air section also boasts an exceptional collection of planes from the First and Second World Wars or the interwar and post-war periods. With the precious support of numerous volunteers and of the Belgian Air Force, many machines have been restored and are now veritable little gems. Some of them, including the Nieuport 23, the Schreck seaplane and two German observation planes from the First World War are so rare and exceptional that specialists the world over envy us. A new section on aviation in 14-18 focuses on aeroplanes flown by Belgian ace pilots during the First World War.

In a reconstruction of the workshop of the Belgian manufacturer Renard, visitors can see a wooden aeroplane take shape, from the first sketches on the drawing board over the assembly of the fuselage to the moment of its first flight.

Visitors with a true pilot spirit will enjoy sitting at the controls of the Hunter MK6. Other prestigious planes such as the Spitfire, the Tiger Moth, the legendaryDakota, the MiG-21 and the F-16 trace the international evolution of aviation.