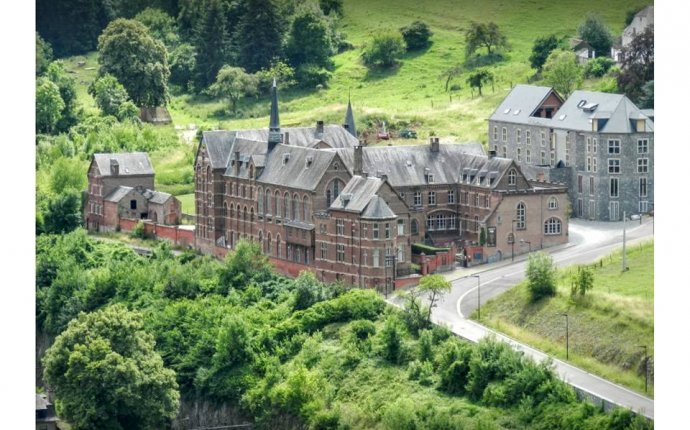 Points of Interest in Belgium

Antwerp’s site on the right bank of the generally south–north-flowing Schelde is a vast flat . Since 1923, however, the city’s territory also has included an area on the left bank of the river. Annexation of villages on the right bank north of Antwerp in 1929 and 1958 extended the city’s territory to the Dutch frontier, and further annexation in 1983 of municipalities surrounding the original city added considerably to Antwerp’s area and population. The total area of contemporary Antwerp measures 79 square miles (204.5 square km), compared with 7 square miles (18 square km) before the beginning of the annexations. Only a part of this territory is completely built up. The extension of the agglomeration is continuing; many outlying villages have already lost their agricultural character and have grown in population as a result of emigration from the city.

Until 1859 Antwerp lay surrounded by its 16th-century fortified walls, which were transformed in the latter half of the 19th century into broad avenues as a larger half circle of fortifications was built. This later encircling belt was replaced after by another system of ring roads, which connect with a network of national and international highways. Several tunnels connect the right bank of the city with the left bank, where considerable residential and industrial development has taken place since World War II. The city centre, however, remains on the right bank; it stretches westward from the Central (railway) Station along the lively artery constituted by the Keyserlei and the Meir into the old city and thence to the terraced right bank of the Schelde.

The old city, within the arc once formed by the 16th-century fortifications, has many narrow, winding streets and old buildings. This area contains the Cathedral of Our Lady, begun in the 14th century and restored in the 19th and 20th centuries; it is one of the nation’s finest buildings. The 19th-century city, with broader and substantially right-angled streets, stretches beyond the old city and merges with some of the suburban extensions annexed in 1983. A third right-bank area spreads beyond the 19th-century fortifications and is characterized by numerous modern buildings.

The largest part of Antwerp, however, is the essentially nonresidential northern seaport complex. Most of the agricultural waterside villages incorporated by the city have been eliminated to make room for expanding, if somewhat bleak, areas of docks, industrial sites, and railway yards. Locks connect this right-bank complex with the tidal Schelde River: the first, the Kattendijk, was opened in 1860; and the 1, 640-foot (500-metre) Berendrecht was, when it opened in 1988, the largest lock in the world. Left-bank port and industrial facilities have access to the Schelde via the Kallo lock.

The character of the city

The unique flavour of Antwerp is derived from the combination of, and tensions between, the diverse aspects of its personality: a passionate commitment to commerce goes hand in hand with an abiding interest in the life of ideas and in the arts; respect and affection for the past are juxtaposed with a fervent desire to participate fully in the present and in the future; and awareness of being a truly European and cosmopolitan city, with a resulting openness and broad curiosity, coexists with a sense of tradition and of idiosyncratic particularity, which lend an almost provincial charm to life in the city. In its centre a lively social activity is conducted on the streets and in the countless cafés. The Schelde is the veritable heart and of Antwerp, the raison d’être not only of Antwerp’s dynamic economic life but also of its sense of identity and of the deep attachment—touchingly expressed in many literary works—that Antwerpians tend to feel for their city.

The residents of Antwerp generally speak the local Brabantian-Antwerp dialect of . Dutch as spoken in the and by Dutch-speaking cultured Belgians, however, is taught in the schools and is gaining ground in economic life. Although is still much used in commercial and industrial circles, it is losing steadily as a means of expression. This does not mean that Dutch-speaking Antwerpians do not know French or other languages, for the international character of the city implies a readiness of many of its residents to understand foreign languages.

Most of the foreigners living in Antwerp are Dutch, followed by Moroccans, Spaniards, French, and Germans; there are also small numbers of British, Americans, and Israelis. Unlike the other foreigners, the Moroccan and Spanish groups are largely unskilled workers who migrated to Belgium during periods of labour scarcity after World War II. There have been associated social tensions, notably concerning discrimination in housing.

The prevalent religion in Antwerp is . There are also small groups of various churches and a sizable group of different tendencies. (By the 19th century Antwerp already had a great number of Jewish residents, but many Jews died in World War II German .) A large and growing part of the population is nonreligious.

Antwerp’s economic life has long been closely connected with its existence as a seaport, and as such it is inseparable from the city’s favourable geographic location and from the port’s facilities and functions. In the 16th century the city developed an important sugar-refining industry, in which partially worked sugarcane was brought in by ship, refined, and reexported. The first petroleum refineries were established during the 1920s and ’30s, and they were soon joined by automobile assembly plants. After World War II, industry expanded at a rapid pace. Larger petroleum refineries, closely followed by industries, were established, together with chemical plants in the 1960s, and the was restructured on a larger scale. In the early 21st century, Antwerp remained one the world’s most important petrochemical centres.