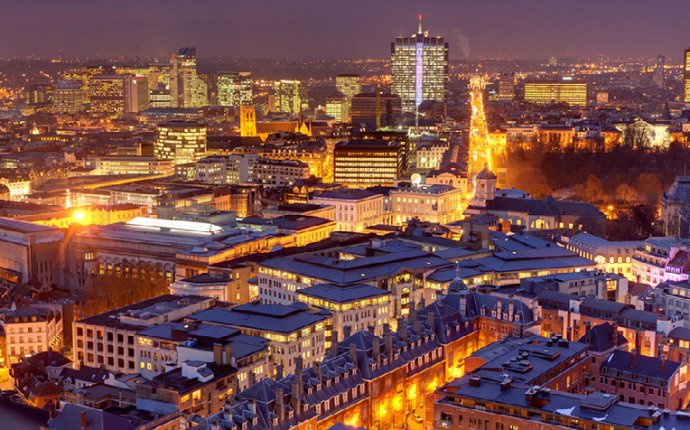 Belgium is a European country located along the North Sea, and covers an area of 11, 787 square miles. It shares borders with France, Germany, Luxembourg, and the Netherlands. The majority of the population of 11 million live in the cities. This articles takes a look at the most populated cities in Belgium.

Brussels is by far the most populous metropolitan area in Belgium, and is also the capital city. Approximately 1, 789, 447 people live throughout the entire metropolitan area, which is referred to as the Brussels-Capital Region. Of the people living here, around 70% are immigrants from other countries. The two largest groups are from France and Morocco. This city has a long history beginning with its founding in 979 AD. Its location on the Senne River soon made the city an important trade center. Its population quickly grew, the nearby marshes were emptied for development, and walls were built by the 1200’s. After the Belgian revolution of 1830, when Belgium won its independence from France, Brussels became the capital. Today, the economy of this city revolves around public administration. Additionally, it is home to several multinational headquarters.

The second most populous metropolitan area in Belgium is Antwerp, which is also the capital of the namesake Antwerp Province. Around 940, 671 residents live here and the greater metropolitan area. This city is located along the Scheldt River and covers an area of 78.96 square miles. Between 36% and 39% of the population here are from foreign countries, however that number is growing and is expected to be 50% by 2020. According to archaeological records, the area has been inhabited since the Second Century AD and was named in the 4th Century. By the end of the 1400’s, Antwerp became an important trade center, particularly for sugar and later in the silver and textile industries. After the violence of the religious revolution in 1566, the river was closed to trading and the population and economy of Antwerp began to decline. The city suffered damages during both World War I and War War II and it was not until the 21st Century that Antwerp began to grow again, this time as a fashion center and port city. Today, it is the second largest port city in Europe. Additionally, the city has 5 oil refineries and a large diamond industry.

Liege is the third most populous city in Belgium, housing 633, 934 residents within its metro area. It is located along the Meuse River in the Liege province, near the Netherlands and Germany. The residents of Liege are predominately French-speaking, while German and Dutch speakers comprise linguistic minorities. Immigration into the city has been increasing since the 1990’s, particularly people from Turkey, Morocco, and Algeria. Liege has had military fortifications since the early 14th Century that have been redesigned and strengthened over the years. During World War II, the Germans invaded and took control of these forts for around 4 years, until September of 1944. After the war, the city’s coal and steel industries began to decline, causing high unemployment rates throughout the city. Recently, the economy began improving, mainly because of Belgium’s membership in the European Union. It is now considered the most important economic center in the Wallonia region.

A list of other major Belgian cities can be seen below.

Today, 97.4% of the population in Belgium lives in cities, making it the 6th most urbanized country in the world. Because of this high percentage of urban living, the country faces some significant environmental problems. Air pollution, for example, is one concern with heavy concentrations of nitrogen dioxide, ozone, and sulfur dioxide. The freshwater surrounding the city is also contaminated, although improved wastewater treatment has improved the water quality somewhat. In the Brussels Capital Region, energy consumption has also decreased by 18% which shows a successful effort given that the population actually increased by 12%. The government of Belgium is continuing efforts to bring the country’s pollution levels below European targets.

RT @DavidRomeiPHD: #Hitler murdered 6 million #Jews. #Belgium King Leopold murdered 15 million Africans. What have you heard about the #A…

RT @LeftSentThis: Why are aware of Hitler, but we're unaware of King Leopold of Belgium killing up to 10, 000, 000 African people, and coloni…