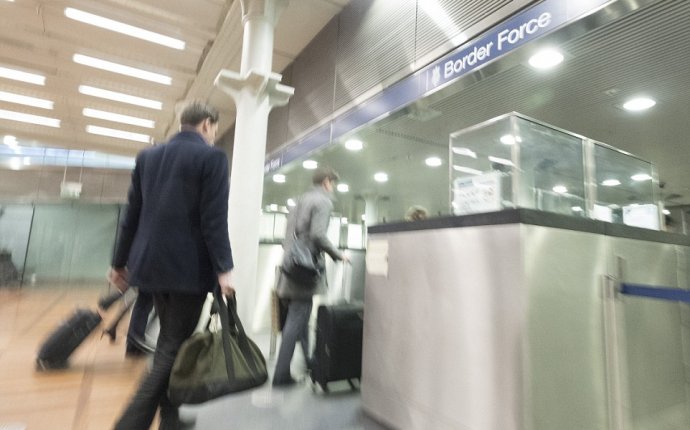 Train from UK to Belgium 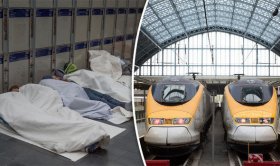 Belgian local media reported that since the camp in Calais, infamously called "The Jungle", was closed down by the French authorities, hundreds of migrants have flocked instead to nearby Belgium in the hope of securing a ride to the UK.

Since it was reported that there is a significant security flaw in the Eurostar services from Brussels to London via Lille, many migrants have flocked from France to Belgium to try to find a way to the UK from Brussels-South station, the city's largest. 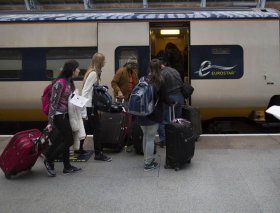 The loophole involves passengers buying a ticket for the peak early-evening service between Brussels and Lille, where the Eurostar makes a stop en route to London.

Unlike passengers travelling to the UK, those bound for Lille are not required to show a passport because of the EU's borderless Schengen area, yet they can simply stay on the Eurostar and travel onwards to London instead of getting off in Lille. 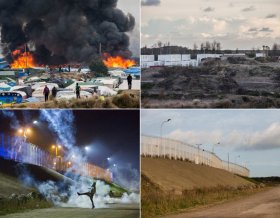 Yet according to railway authorities, the trick is no longer possible as passengers from Brussels to Lille now have to use coach 18 which is fully blocked off from the rest of the train, with personnel making sure everyone inside alights at Lille.

That is why we are starting, at the end of this week

Employees of local homeless shelter Samusocial managed to pick up 120 migrants from the train stations to give them a warm bed.

Samusocial spokeswoman Marie-Anne Robberecht said: "But we cannot get everyone into the shelter, by a mile. Most migrants want to remain [at the station] not to miss a chance of getting to the UK with the help of human traffickers."

Yet even if most people want to stay, the aid workers say that many people do need help surviving the cold weather.

Miss Robberecht said: "That is why we are starting, at the end of this week, handing out brochures in three languages: French, English and Arabic. Our representatives did not reach everyone and with these brochures we want to make it clear that they do not have to sleep in the cold."

The Belgian railways have no clear policy towards migrants sleeping at stations.

Spokeswoman Ines Venneman said: "We must find a compromise to make the journey to our stations as pleasant as possible, but yet helping the homeless and refugees.

"At Brussels-South Railway Station a few homeless can sleep under strict conditions. This is not our core business, but we want to remain human and provide a solution to these people."