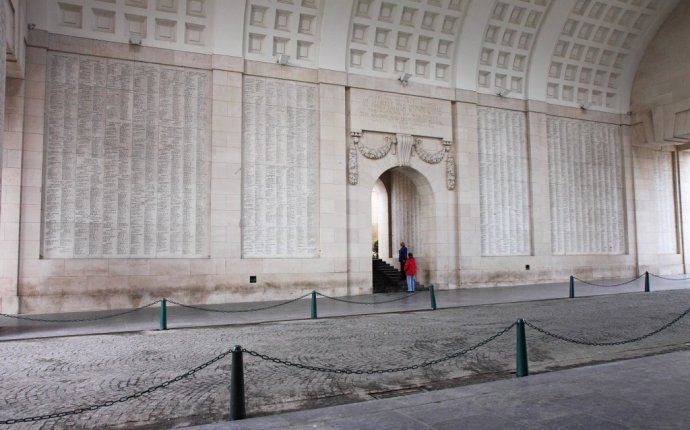 The difficulty that traditional imagery had in expressing the disruptions of the war is seen in the stained glass windows that were created for a memorial chapel near the trenches of Dijksmude and Ypres. Beside the ruins of a church that was destroyed in the war, a small Gothic chapel was built in 1925, designed by the architect van Elsland. A unlikely local war hero is memorialized in this chapel, a Belgian Franciscan monk, P. Martial Lekeux, who returned from Cairo to join the army. He became an artillery officer and set up his observation post in the ruined church of Oud Stuyvekenskerke.

In the ancient medium of Gothic churches, the stained glass depicts the priest/soldier praying in the ruins of the church in his military uniform with a statuette of the Madonna in front of him and beside him a several hundred pound shell which miraculously lodged in the wall without exploding.

Another window shows the battlefield seen from the trench, with exploding shells painted in purples and greens against the muddy landscape, while other windows depict the traditional military saints, St. George and St. Martial. The artist tried to avoid expressionist distortions and has portrayed the scenes in a sincere and straightforward manner. The poignancy of this little Gothic style chapel and its modern glass leaves one with two impressions: one is an overwhelming sense of the impossibility of symbolizing the disasters of war through language or visual images, and the other is a recognition of the deep need for serenity, faith and continuity represented by the forms of traditional architecture and art.