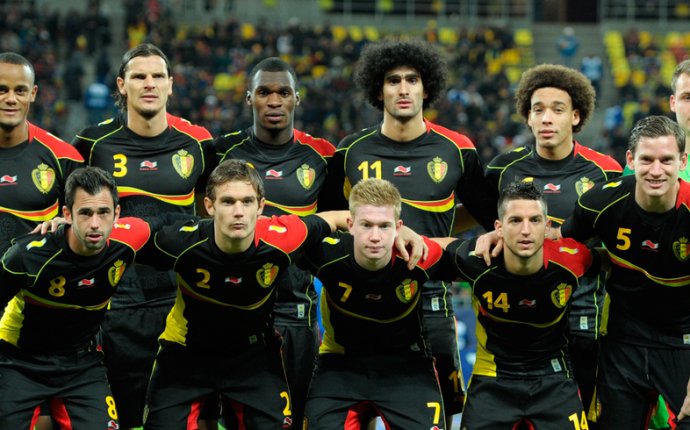 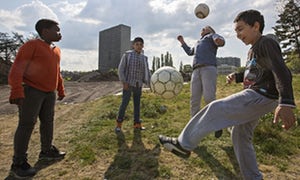 Belgian clubs are worried by the growing trend of England's elite swooping for their top young talent. Photograph: Graeme Robertson for the Guardian

Not everything that Michel Sablon writes down goes to plan. At Italia 90, Sablon was part of Belgium’s coaching staff, and a couple of minutes before the end of extra time in their last-16 match against England, he compiled a list of the penalty-takers. He had just finished scribbling the names when David Platt, in one of those iconic World Cup moments, spectacularly hooked the ball past Michel Preud’homme. “A great goal by Platt. But I was so disappointed, ” Sablon says. “I threw the list away.” 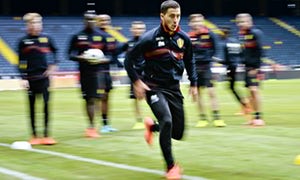 A little more than a decade later Sablon started with another blank piece of paper, this time with the intention of revolutionising Belgian football in his role as the federation’s new technical director. At its headquarters in Brussels, Sablon proudly hands over a copy of the original blueprint, dated September 2006 and titled “La vision de formation de l’URBSFA”. He smiles when asked whether going to this summer’s World Cup finals as fifth favourites was what he had in mind. “For sure, no”. 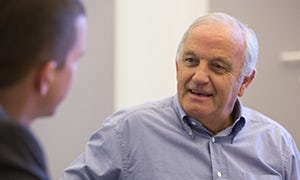 Belgium’s emergence as one of the strongest nations in world football has exceeded all expectations. A country with a population of only 11m, with just 34 professional clubs competing across two leagues, has produced – and there are no reservations in Belgium about using this term because it is widely accepted as the only description befitting of their talent pool – a golden generation of footballers.

Marc Wilmots’ 23-man squad for the World Cup is replete with stellar names, players who have changed hands for hundreds of millions of pounds and in the majority of cases belong to Premier League clubs. It is also a group that could stay together for years to come – all but six are aged 27 and under. Daniel van Buyten, the Bayern Munich defender, is the only player in his 30s. “It’s excellent, ” Sablon says. “But when those guys come together in one group, I think it’s a little bit lucky also.”

Eden Hazard is arguably the most talented of the current roster that also includes Romelu Lukakua and Vincent Kompany. Photograph: Jonathan Nackstrand/AFP/Getty 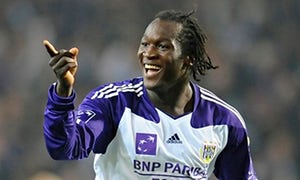 For the federation, the watershed moment came in 1998 when Belgium were eliminated at the group stage at the World Cup finals in France. Bob Browaeys, who has coached Belgium youth teams at every level and played a major part in putting together Sablon’s blueprint, says there was “no unified vision on youth” at that point. He remembers 30 federation coaches, drawn from the Dutch- and French-speaking parts of the country, meeting to discuss a radical change in approach.

“You have to know that at the end of the 90s in Belgium, they all played with individual marking, sometimes with a sweeper, it was 4-4-2, it was even 3-5-2, we got a lot of results with our A team, because we played very organised. But it was defensive, a culture of counter-attack, ” Browaeys says.

@marytheluckyone Indeed, over 1500 at last count - there's even enough Dutch and Belgian footballers to now have a Jari XI!