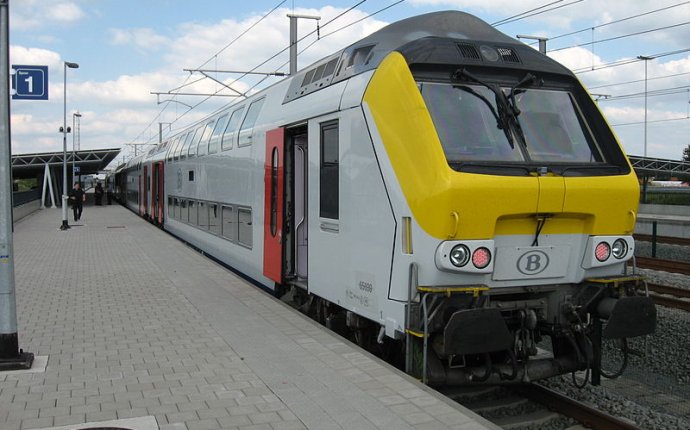 BRUSSELS — Belgian soldiers shot a man at a central Brussels train station who they think set off a small explosion Tuesday, Belgian authorities said, in an incident that they described as a terrorist attack.

The apparent attack — which did not injure anyone other than the suspect — came after a series of terrorism-linked incidents in Paris and Britain in recent weeks, setting off fears of further violence across the continent as tourism high season begins.

But Belgian authorities did not raise the nation’s terrorism threat level, a sign that they do not think another attack is imminent.

The soldiers shot and “neutralized” the man Tuesday night after the explosion at Brussels Central Station, according to Eric van der Sypt, a spokesman for Belgian federal prosecutors. Authorities later said the suspect died.

Security forces think they may have foiled a larger attack, officials said, and soldiers and counterterrorism investigators were searching the train and metro station for more explosives.

Van der Sypt told reporters that “a small explosion” occurred about 8:30 p.m. in Brussels Central Station. “The suspect has been neutralized by the military present at the scene immediately after the explosion, ” he said.

“The incident is considered as a terrorist attack, ” he added.

Nicolas Van Herreweghen, a station agent, said he saw a man shouting on a mezzanine level of the station, which serves as both a national commuter train hub and a local subway stop.

“He cried ‘Allahu akbar’ and he exploded the small suitcase he had with him, ” Van Herreweghen told Belgium’s Le Soir newspaper, using the Arabic term for “God is great.” Van Herreweghen said he sounded an alert to start evacuating the station over the station workers’ radio communication system. Then he ran down to speak to colleagues in a small control office inside the station. The attacker also ran into the office, then ran back out, Van Herreweghen said.

He said the short-haired attacker, dressed in a white shirt and black pants, was wearing what appeared to be an explosive vest and seemed to be between 30 and 35 years old.

Witnesses inside the station said it was crowded when the explosion occurred. Images posted on social media showed a small fire on the floor of a wide passageway that leads down to trains.

Some witnesses said they heard a second explosion followed by gunfire, which may have been a flash grenade thrown by soldiers as they attacked the suspect.

Fearful people ran from the station as security personnel evacuated it, witnesses said.

Belgium has been under high alert for terrorism, and armed soldiers routinely patrol train stations, public plazas and other high-profile targets.

Brussels Central Station, one of the nation’s busiest, was evacuated and sealed following the incident as police and soldiers swarmed the area and other parts of central Brussels.

The Belgian capital’s medieval Grand Place, which is about 700 feet from the station, was also briefly evacuated, but it was quickly reopened on an evening that was unusually warm and steamy for the drizzly city. Many people were out enjoying the weather before the incident.

Sirens could be heard wailing across Brussels after the incident, and two subway lines were also temporarily closed.

“Thank you to our soldiers, to the security services and to the SNCB personnel for their professionalism and their courage, ” Belgian Prime Minister Charles Michel wrote on Twitter, referring to the SNCB national rail service. He said he would convene a meeting of his security advisers Wednesday morning.

Authorities were not sure whether the man was wearing an explosive belt, was carrying a bag filled with explosives or was transporting the material in some other way, said a spokeswoman for the federal prosecutors.

The incident comes as Europe is on high alert following a foiled attack on the Champs-Elysees in Paris on Monday and several attacks in recent weeks in Britain.

Brussels was most recently hit by coordinated suicide bombings in March 2016 of its airport and a subway station that killed 32 and injured more than 300. The Islamic State claimed responsibility for the assault, which was linked to terrorist attacks in Paris in November 2015.