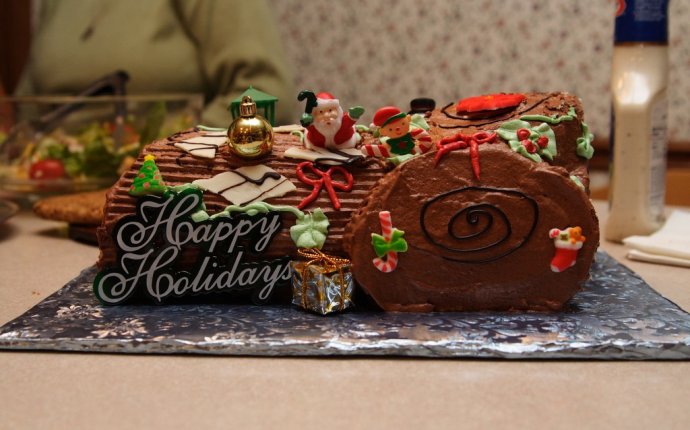 Like most European nations, Belgium has its own way of celebrating Christmas. Read on to know more about customs, traditions and celebrations pertaining to Christmas in Belgium.

Christmas in Belgium is believed to be breathtakingly beautiful. In this country, there are two visitors during Christmas; one is the conventional Santa Claus and the other is 'Sinterklaas' or Saint Nicholas. Belgium is home to an assorted mix of people; from Flemish to German and from Swiss to French. On the day of Christmas, people wish each other by saying 'Vrolijk Kerstfeest' or 'Djoyeus Noye' in the languages of Flemish and Walloon, respectively. The holiday season in Belgium is believed to start a month prior to Christmas itself. Families go shopping, attend Masses at Church and begin decorating their homes with string lights and the traditional Christmas tree. Although it may seem like there is not much to a Belgian Christmas, it in fact, has a variety of traditional customs and rituals related to its folklore. Just like many European countries, the Christmas Eve is considered even more important the Christmas itself. A scrumptious banquet is prepared and the unique customs are celebrated. Read on to learn about these unique customs, traditions and celebrations.

Dual Santas
Perhaps, one of the biggest and the most distinctive feature of them all is that Belgium is known for having two Santas! This is quite uncommon when compared to any other country. The two figures are known as 'Pere Noel' (Santa Claus) and Saint Nicholas (Sinterklaas). The speakers of the Walloon language are visited by Saint Nicholas twice during the festive season. Saint Nicholas comes the first time round to check on the behavior of children in the previous year. The good children are presented with beautiful gifts on the second visit and the bad children are given nothing but twigs and rock. For the speakers of the French and the Flemish language, they are visited by Pere Noel or Santa Claus. This figure is also known to visit twice, following the same procedure of Saint Nicholas' routine. There have been times, when a few lucky people had the opportunity to get gifts from both, Saint Nicholas and Pere Noel.

Belgian Christmas Feast
On Christmas Eve (le Reveillon de Noel), a special meal is consumed by families and friends. The feast usually starts with a drink (aperitif) and nibbles, and is followed by a hors d'oeuvres course (appetizers). The starters are usually made with seafood, since seafood is a specialty in this country. Unlike many European counterparts, who fast and eat only vegetarian food on Christmas Eve, the Belgians feast on meat and usually have a roast turkey or pork as their main course.

Other accompaniments such as gravy, salads, soups and vegetables are also prepared as a part of the feast. No Christmas feast is complete without Red Wine, and this also forms an integral part of the meal. The meal usually ends with a delicious dessert and this is called 'Kerststronk' in Flemish or 'la bche de Noel' in Walloon. This is a Christmas cake made in the shape of a log and layered with cream. The cake is made to resemble the Yule log and is often stuffed with different fillings such as butter cream or cranberries. The traditional Christmas breakfast the next morning, is incomplete without cold meats, jellies, bread, Danish pastries and the customary 'Cougnou'- bread shaped in the form of baby Jesus and consumed on a Christmas morning. Surprised yet?

Belgian Customs And Traditions
One of the most important festivals celebrated during Christmas is the feast of St. Nicholas, which is held on December 6th every year. The day begins with church service and ends with a quiet meal at the dinner table with family. Baked treats and special Belgian specialties are prepared on this day. This is also the day when St. Nicholas visits home and leaves gifts for good children. Christmas trees are erected and decorated with lights. The families eagerly wait for St. Nicholas to come on the 6th of December and also wait for gifts on the 25th of December during Christmas. According to traditions, families hang stockings near the fireplace and sit around the fireplace, praying for good fortune in the coming year. On Christmas morning, families even wear Advent crowns made out of fir and parade around towns and cities, singing carols and celebrating the birth of Jesus Christ. One of the most popular Belgian Christmas symbol is the 'star'. The star is supposed to symbolize the birth of Jesus Christ and families in Belgium use stars as the main decoration on Christmas trees and on the roofs of houses.

Christmas in Belgium is a grand affair. Apart from the caroling, the feasting and attending Masses at Church, families like to get together and celebrate the unity and oneness among one another. Most households in Belgium prefer to stay indoors during Christmas and wind up on the sofa watching television, feasting on delectable food and also unwrapping presents. Thus, the Belgian Christmas is more of a fun and a relaxed event, where love, harmony and unity are celebrated along with rejoicing the true spirit of Christmas.