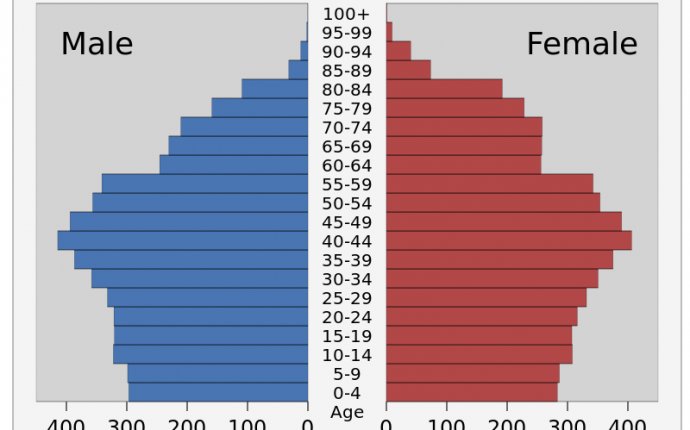 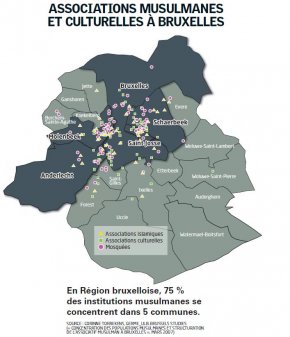 This phenomenon is not unique to Brussels. In a book published in 2009, Reflections on the Revolution in Europe : immigration, Islam and the West [My book review], American Christopher Caldwell, a journalist for the Financial Times, lists the European cities with large Muslim minorities: Rotterdam and Marseille (more than 25 %), Malmö (20 %), Brussels and Birmingham (15 %), London, Paris and Copenhagen (10 %). According to Caldwell, these communities, because that they're generally young, poorly educated and often dependent on state welfare out of sub-qualification and discrimination, represent a source of conflict and a threat for European identity.

Officially, 15% Muslims in Brussels? According to sociologists of immigration, they represented 17% (160, 000 people) in the early 2000s, on the basis of a calculations made by extrapolating the country of origin where Islam is dominant. Nationwide, they were estimated at 4%, or 350, 000-370, 000 people (including converts). But can we still trust these figures? The Turkish community in Belgium is about 200, 000 people strong. The 'Moroccans' alone already outnumber the supposed total of Muslims in Belgium. Last year, the ambassador of Morocco, Samir Saddahre, told Le Vif/L'Express: "Based on the lists from our consulates in Brussels, Antwerp and Liege, Moroccans and Belgian-Moroccan based in Belgium number 350, 000. But, based on other criteria, we're talking about 600, 000 people". Without a doubt, this means illegal aliens. Moroccans make up the lion's share, followed by Congolese. "40% of applications for regularization in our municipality came from Moroccans, which doesn't mean that they'll be automatically accepted, " confirms Bernard Guillaume (MR), alderman of civil status and population in Schaarbeek.

In 2008, Olivier Servais, head of the Laboratory for Prospective Anthropology at UCL, stirred things up when he assessed that Muslims made up 33.5% of the population of Brussels (French Community: 12.1%). A science adviser to three media outlets - the Catholic weekly Dimanche, La Libre Belgique and RTBF - which had ordered the religious barometer, Olivier Servais even predicated a Muslim majority in Brussels in 15-20 years. A general outcry!

This highly nuanced survey, which polled just 657 people, had a 5% margin of error for Brussels. "The religious barometers conducted in 2005, 2007 and 2008 revealed the same distribution of religious influences every time, " nonetheless argues Olivier Servais. "It should be taken into account. These surveys also showed that 75% of Muslims are practing and that they're more involved in associations than Catholics. But the diversification of immigration flows, notably from Eastern Euorpe, Asia and Latin America, requires to put a Muslim majority in Brussels into perspective.. "

Other religious denominations, including Pentecostal Christians, are growing with the same zeal. "What is happening in Brussels is nevertheless a test for the future, " analyzes the UCL researcher. Will the cities turn even more into ghettos, individuals submitting to the group, or will a new Republican spirit be breathed into a joint life? The ball is in the political camp, says Servais. 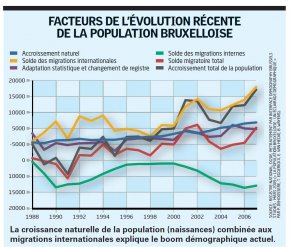 Undeniably, certain Brussels municipalities have taken the lead on [demographic] forecasts. In Schaarbeek, says Alderman Bernard Guillaume, 36, 000 of the 125, 000 are foreigners. Of the remaining Belgians, it's estimated that half are of foreign origin. But the sum of these two categories of 'immigrants', foreigners and Belgians, about 80, 000 people, is still not the total of Muslims in the municipality, since immigration isn't exclusively Muslim, far from it. And the current immigration flows are diversifying. He did say however, that one in every two children born in Schaarbeek, are born to a North African family.

The author of 'Islam in Brussels' (Université de Bruxelles, 2009), Corinne Torrekens, remains very cautious: the percentage of Muslims could reach 30% in certain municipalities like Sint-Jans-Molenbeek and Schaarbeek. But that's just people of Muslim origin, the figures don't indicate anything about the level of practice.

Indeed. But the network of Muslim associations that she had mapped, shows special activity in the Sint-Jans-Molenbeek, Anderlecht, Brussels, Sint-Joost and Schaarbeek municipalities, where 75% of the Muslims in the Region live. If current migration trends continue, the population of Anderlecht, Ganshoren, Koekelberg and Sint-Jans-Molenbeek are going to grow by 20% over the next fifteen years. The estimated 30% will explode...

Muslim associations in the Brussels Region
75% are concentrated in 5 municipalities
In a country like Belgium, where religions are reawakening and are tied to the demographic issue, the absence of reliable data is making itself felt. Without a dedicated tax that would, like in Germany, assess the number of believers of a religion, we're left with 'ethnic statistics' to try and get close to the population evolution. Two demographers in UCL, Michel Poulain and Nicolas Perrin, succeeded in revealing the origins hidden by Belgian nationality. Their results appear in the "Etude statistique globale des flux migratoires" of the Centre for Equal Opportunities: On Jan. 1st, 2005, it was estimated that 2, 022, 548 people were foreign-born or had at least one foreign-born parent, about 19.4% of the total population, compared to 15% based on nationality of birth. Clearly, nearly a fifth of the Belgian population is made up of immigrants.

And Brussels? The regions only made a study that didn't take into account the nationality of birth of one of the parents, but just being foreign-born (1, 625, 362 people).

According to this criteria, 46.6% of the population of the Brussels Capital Region were, on Jan. 1st, 2006, 'immigrants' (Flanders: 9.3%, Wallonia: 17.1%). Three times the national average (15%). No doubt, that a calculation integrating the nationality of origin of the parents would lead to an even higher proportion.

The Centre for Equal Opportunities often stresses that immigration is primarly European. This is precise across the country, but wrong for Brussels! And this appears in it own reports. If we limit ourselves to the 25 or 27 countries of the EU, and even if we add Switzerland, Norway, the Balkans and Russia, Europeans represent just 40.8%, or at most 44.4% of non-Belgian Brussels residents by birth. We must acknoweldge that 55%-60% of immigrants and children of immigrants in Brussels are of non-European origin. And that they already represent at least 25% of the population in Brussels, not including the 3rd and 4th generations.