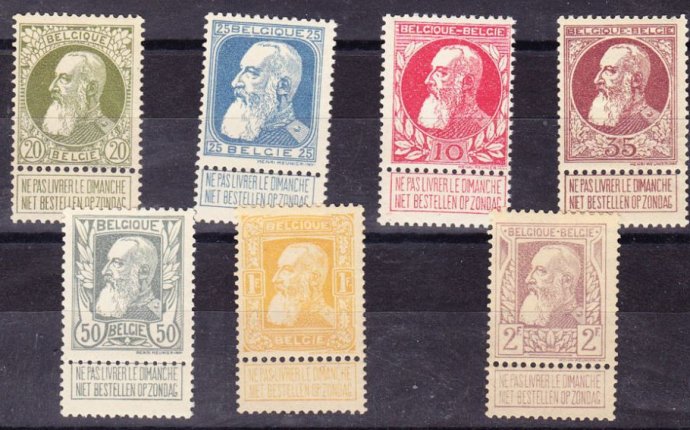 After a number of incidents, the revolution broke out in Brussels in September 1830. King William I sent in his troops. Volunteers came from the 4 corners of the land and from abroad. They formed companies and fought the Dutch with what arms they had or could lay their hands. From 23 to 27 September there were the battles i.a. in the Vlaamsesteenweg (Flemish Road) and the Koningsstraat (Rue Royale (Royal Road). The Dutch were back in the Park where "Wooden Leg" Charlier, a Waterloo veteran, mercilessly pounded them with his canon until they abandoned the park and the city. There were 1, 300 wounded and 467 dead.

And this is how on 27 September 1830 the Dutch were once again chased away. But the day before a Provisional Government was set up to defend the new nation and to negotiate with the Dutch.

The crypt and monument
in the Place des Martyrs
in Brussels in honor of those
who in 1830 gave their life for Belgium's independence.

The Place des Martyrs in Brussels is the burial ground of 466 of the heroes of Belgium's independence. The monument honoring them is in the care of the Brussels Volunteers of 1830, a patriotic association led by Mr. Adrien Lenaerts, their President and descendant of one of those buried here.

On 4 October an independent Belgium was proclaimed by the Provisional Government. Two days later a commission of lawyers was set up to draft a Belgian Constitution.

On 12 October the Parliament voted for a Constitutional Monarchy.

On 14 October William of Orange, the Dutch king refused to ratify the Treaty of the XXIV articles.

On 27 October the Dutch bombarded Antwerp.

On 3 November a National Congress was chosen by 30, 000 citizens, most of them of the nobility or bourgeoisie. On this day also the first Belgian legislature was elected: 200 members of parliament were chosen to form the National Congress. It would be their duty to ratify the Belgian Constitution and to prepare the Parliamentary election. The Dutch had imposed their language. Now French was chosen as the official language even though a majority of the people of our new nation speak Flemish. This choice would be the source of quite a few difficulties for many decades to come.

On 4 November a conference was opened in London: Great-Britain, Austria, Prussia and Russia discussed the future of Belgium. They would take more than 2 months to decide to recognize an independent Belgium.

On 22 November the choice of a monarchy was officially announced "with perpetual exclusion of the Orange-Nassau family".

On 20 December an international conference declared the dissolution of the Kingdom of the Netherlands effectively recognizing the independence of Belgium.

On 7 February 1831 the Belgian Constitution was ratified. And on 24 February: the Provisional Government dissolved itself in favor of a Regent, Baron Surlet de Chokier. The Congress was looking for a monarch acceptable to the Belgians (and to France, Great-Britain and Prussia). On 21 July Leopold van Saksen Coburg Gotha, a nephew of William IV, the king of England, took the oath and became the first Belgian King. On 2 August 1831 Dutch armed forces invaded our country and marched on Brussels. In Assenede a few hundred Dutch soldiers discovered they were not welcome and they were soon negociating. The main force was thrown back with the help of France and retreated to Antwerp. This stronghold was finally taken at the end of November 1832 and that was the last Dutch attempt to reconquer Belgium by military means.