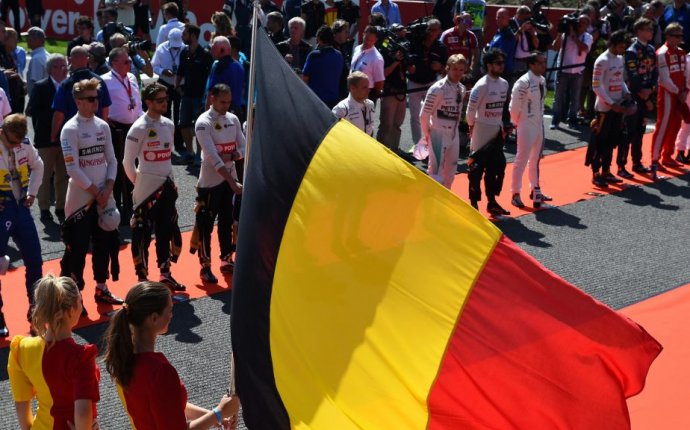 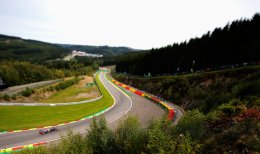 The circuit at Spa-Francorchamps snakes up and down the hillsides of the forests of the Ardennes. Credit Dean Mouhtaropoulos/Getty Images

The circuit of the Belgian Grand Prix is probably the most visually breathtaking in Formula One, as it snakes up and down the hillsides of the forests of the Ardennes. Its racing history is also one of the most impressive, because it has been involved in the series since 1950, the inaugural year of the championship.

It is also one of the races with the fewest special events, perhaps because the setting and history are enough to draw the fans year after year.

Still, situated about 45 minutes’ drive southeast of Liège and two hours from Brussels, it is close enough to Belgium’s major cities for the urban experience.

A major aspect of the race for the drivers is also something that defines the experience for spectators: The weather.

Often said to have “four seasons in one day, ” it can range from dry to rainy, from cold to hot, and from cloudy to clear within hours. One end of the circuit can bask in sunshine while the other is inundated with rain. So it is important to be well prepared, with adequate shoes, coats and umbrellas.

“Above all, Spa is a racing circuit — one that really encourages exciting wheel-to-wheel action, ” said Daniel Ricciardo, a driver with the Red Bull team. “Given the Belgium Grand Prix draws in all the petrol-heads, everyone’s perfectly happy to slog through the woods to find the best view. You bump into people who’ve been going to the race for five decades. And if you ever go into a pub or restaurant in one of the villages around the circuit, chances are you’ll see pictures on the wall of great drivers from back in the day, standing where you are and doing what you’re doing. It’s great stuff.”

Track action The Formula One practice sessions on Friday are at the usual times, beginning at 10 a.m. and 2 p.m. The Saturday morning practice session runs from 11 a.m. to noon, the qualifying on Saturday afternoon runs from 2 p.m. to 3 p.m. and the race starts at 2 p.m. on Sunday. Of the competitions in the support races, there will be both the GP2 and GP3 ladder series with activity on Friday, Saturday and Sunday and the Porsche Supercup series every day, too.

Track fan activities Although there are few activities outside spectating, main highlights of a visit to Spa-Francorchamps are parts of the original, 14.1-kilometer circuit — it is seven kilometers long today — that are no longer in use for the race but remain as public roads. It is possible to drive your own car down parts of the old circuit to see just how dangerous and scenic it was. Drive through the legendary corners like Burnenville and the Masta Kink, which was the most dangerous part of the track.

Special events in the city The village of Spa-Francorchamps is so small that it is a virtual extension of the circuit during the race weekend, with merchandise vendors and other tourism shops and restaurants. It’s good for a couple of hours and a meal.

Night life and tourism Aside from festivities in the campgrounds and the village, nightlife is limited to the nearby cities of Spa, Liège and Brussels.

Spa, about 20 minutes’ drive from the circuit, is a cold spring healing town, the place that gave its name to health spas. It also has a casino with a large terrace and restaurant that is open all summer and that has live music on Friday nights.

The capital of Belgium, Brussels, has many museums — including the music instrument museum, a Belgian history museum and a Jacques Brel museum — as well as other attractions, including the European Parliament.