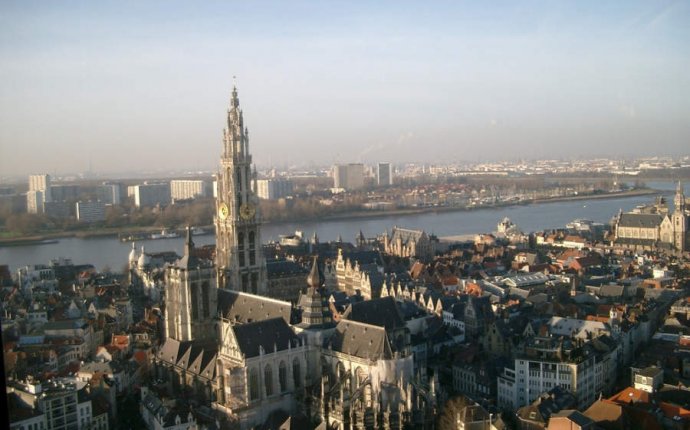 Average Hourly Temperature in May

The month of May in Antwerpen experiences essentially constant cloud cover, with the percentage of time that the sky is overcast or mostly cloudy remaining about 52% throughout the month.

The clearest day of the month is May 30, with clear, mostly clear, or partly cloudy conditions 49% of the time.

Cloud Cover in May

A wet day is one with at least 0.04 inches of liquid or liquid-equivalent precipitation. In Antwerpen, the chance of a wet day over the course of May is rapidly increasing, starting the month at 23% and ending it at 31%.

Probability of Precipitation in May

Average Monthly Rainfall in May

Hours of Daylight and Twilight in May

Sunrise & Sunset with Twilight in May

The solar day over the course of May. From bottom to top, the black lines are the previous solar midnight, sunrise, solar noon, sunset, and the next solar midnight. The day, twilights (civil, nautical, and astronomical), and night are indicated by the color bands from yellow to gray.

We base the humidity comfort level on the dew point, as it determines whether perspiration will evaporate from the skin, thereby cooling the body. Lower dew points feel drier and higher dew points feel more humid. Unlike temperature, which typically varies significantly between night and day, dew point tends to change more slowly, so while the temperature may drop at night, a muggy day is typically followed by a muggy night.

The chance that a given day will be muggy in Antwerpen is essentially constant during May, remaining around 0% throughout.

Humidity Comfort Levels in May

The lowest daily average wind speed during May is 5.1 miles per hour on May 31.

Average Wind Speed in May

The average of mean hourly wind speeds (dark gray line), with 25th to 75th and 10th to 90th percentile bands.

The wind direction in Antwerpen during May is predominantly out of the north from May 1 to May 2 and the west from May 2 to May 31.

Wind Direction in May

Antwerpen is located near a large body of water (e.g., ocean, sea, or large lake). This section reports on the wide-area average surface temperature of that water.

The average surface water temperature in Antwerpen is increasing during May, rising by 6°F, from 50°F to 56°F, over the course of the month.

Average Water Temperature in May