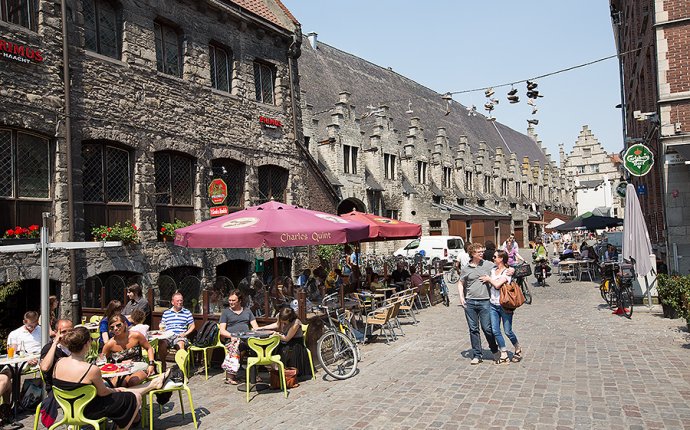 GENT, Belgium (VN) — The cold winds off the North Sea gusted up to 50mph Sunday and ripped the Gent-Wevelgem peloton to bits, essentially shaping the outcome of the 239-kilometer classic.

Only 39 cyclists officially survived the battle through the Flemish fields to finish in Wevelgem, the rest, 160 cyclists, waved the white flag to surrender or simply were forced to a stop in the brutal conditions.

Some cyclists landed in muddy ditches or cold canals. Some, like Sky’s Bradley Wiggins, gave up early to avoid danger.

Riders piled into team cars if there was space. Others asked locals for directions and took the main road back to the safety of the hotel.

Luca Paolini (Katusha) from Milan, who looks more like a pirate than a cyclist with his red, bushy beard, navigated the storm best. He crashed twice, re-joined the race, and shot free from a ravaged leading group with six kilometers left in Sunday’s classic.

With his win, he may have been the happiest cyclist yesterday after six hours and 21 minutes of racing.

“I’ve never raced in wind like that before. It was unbelievable, ” Sky’s Geraint Thomas told VeloNews.

“We knew it was windy, but that was chaos, it was just hard to stay on the road. It’s just unbelievable.”

The Welshman survived a gust that blew him off the narrow back roads that the Belgian races often use. It pushed him right and on the grass. He unclipped his right foot to balance himself, but could not control his bike and somersaulted through the air to land on his left shoulder.

Like many cyclists, he climbed back on his bike and continued. He returned to the lead group and managed to finish third after a desperate chase behind Paolini with 2014 Paris-Roubaix winner Niki Terpstra (Etixx-Quick-Step).

“It was extreme, ” Paolini said. “The wind was so violent that we could not form into echelons. I saw so many riders falling on the side of the road.”

The flat farmlands in northern Belgium, battlefields in both great wars, are known for windy weather. Together, with the narrow cobbled roads and climbs, it helps make the racing so interesting.

Snow and freezing temperatures overnight forced the organizer to move the start of the race two years ago in 2013. This year, it was warmer, about 46 degrees, but the wind blew the rain in every direction at the start. Cyclists shrugged off the conditions as normal for Belgian racing when they stepped off their team buses.

The situation, however, radically changed 73 kilometers later when the course turned south and travelled along both sides of the Belgian/French border. The wind, at a reported 80 to 90kph, rocketed from the West and into the right side of the cyclists.

As Paolini said, cyclists tried to fan out into echelons. They did, but the formation was too hard to hold.

Belgian Gert Steegmans (Trek Factory Racing) grew up racing on the roads, but found it too much. He lost control and tumbled into an adjacent canal.

A crash involved Mark Cavendish and sent his Etixx-Quick-Step teammate Martin Velits to the hospital with a broken collarbone. Several others also fractured bones, including 2009 winner Edvald Boasson Hagen (MTN-Qhubeka).

The early escape ran out of steam and the winning group took shape on the French roads before the climbs even began. The madness continued.

Frenchman Sylvain Chavanel (IAM Cycling) struggled to take off his rain cape in the gusts. His teammate tried to pull it off for him but helplessly gave up. Australian Mat Hayman had it worse, he lost control and fell into a muddy irrigation ditch.

New Zealand’s Jack Bauer (Cannondale-Garmin) came to a screeching stop when a rival’s jacket flew backward and became tangled in his spokes. Frustrated, he lifted his bike and threw it into the ditch.

“That was a moment of unsportsman-like conduct by myself, ” Bauer told VeloNews. “I really have to apologize to the team, to the mechanics, to the fans, and to everybody watching; that’s not something anyone should do. It was just a moment of frustration.

“I don’t think I ever raced in a race like that before. There was so many really fast sections where the wind just dictated what happened, you just hand to keep your balance, and most of us didn’t manage to do that.”

Creating an extreme weather protocol is the hot topic these days in cycling. After high winds and heat in the Tour of Oman this February and a snow-blanketed Monte Terminillo summit finish in Italy’s Tirreno-Adriatico stage race this March, calls became louder to put in place a set of rules.

Some insiders said that the cyclists would have forced the Gent-Wevelgem classic to a stop had the conditions continued any longer yesterday. What it lacked, they said, was statesmen like Tom Boonen or Fabian Cancellara — both out with injuries — to take control and lead a strike.

Others said that the wind was extreme, but not too much, and helped create the hard conditions that help make the northern classics so famous. The president of cycling’s governing body, Brian Cookson, agreed.