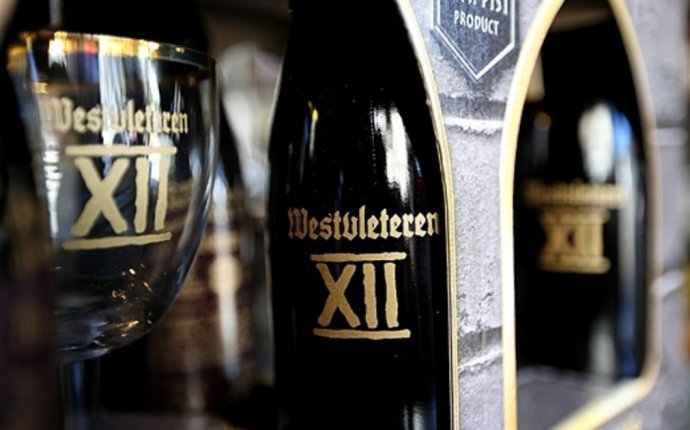 Belgium Best Beer in the World

The Trappist monks of the St. Sixtus abbey in Vleteren, Belgium, sell their Westvleteren Abbey 12, one of the world's rarest, most sought-after beers in unlabeled bottles. The only way to tell it apart from the other beers they sell is by checking the cap. They don't worry about the beer standing out on shelves because they don't sell it in stores. They only sell to a customer once a month at the door of their abbey and at a nondescript tavern across the street. If you hadn't tasted the beer, you could be forgiven for thinking it's barely an afterthought for the monks.

The monks at St. Sixtus abbey chose their vocation to pursue a life of prayer, quiet contemplation, and simple work, cloistering themselves away from the world beyond the walls of their abbey. They make beer in order to raise money to sustain the abbey, and since their needs are modest, they typically only brew once a week, even though there's more demand for their beer in craft circles than just about any in the world. Beer rating websites and magazines routinely list the Westvleteren 12 as one of the best beers in the world and the limited demand only serves to stoke the interest in the elusive product.

The monks set a strict quantity limit of one case per month for purchasers of their beer in a (mostly failing) effort to help more people buy it and to prevent buyers from selling it at steep markups. Prospective buyers must call a hotline to make an appointment for the right to purchase the beer. Those who are lucky enough to get through, line their cars up at the abbey gate on the chosen day with the trunks open to receive their allotment. The monks track both license plate numbers and phone numbers to ensure that buyers don't make purchases more than once a month. For those interested in less than a case, it's still possible for the occasional tourist to get lucky and score up to two six-packs per person at De Vrede (The Peace), the tavern across the street, where we picked up our allotment.

The Westveleteren Abbey 12 hews to the classic style of a Belgian Quadruple. It pours russet brown with a dense head. Soft malt flavors with notes of toffee, cherry, raisin, and peach sweetness give way to a dry, bitter finish. It's exceptionally deep and layered with none of the heat that might clue you in to the punch it packs at 10.2 percent alcohol. The depth will improve with age since the beer is known to develop sherry notes over the years.

As Belgian quadruples go, it's clearly a world-class beer and worth seeking out, but if you can't find it or if you can't find it at a reasonable price, there's no need to despair. You'll be well served by locating the non-Trappist St. Bernardus Abbey 12, which produced beer under contract to the monks at St. Sixtus as recently as 25 years ago. This beer remains a dead ringer for the Westvleteren 12. We tasted a bottle of St. Bernardus that we bought at a supermarket in New York City next to a bottle of the Wesvleteren that we brought home from the abbey and struggled to identify any differences. We're reasonably confident that no one at the supermarket recorded our license plate or phone number, and there was plenty of St. Bernardus on the shelf when we left. So we suggest you stock up.