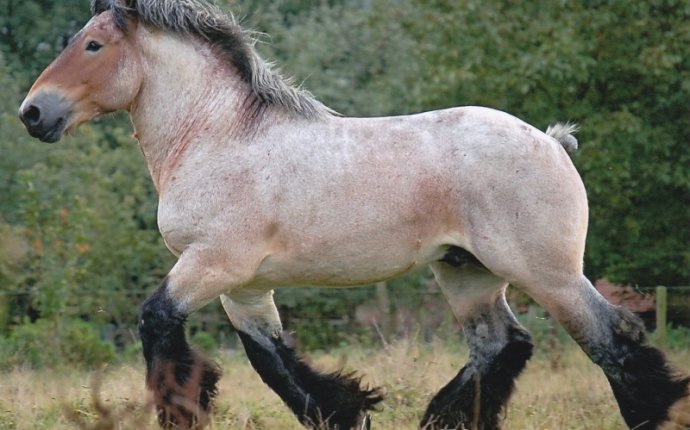 The Belgian Draft Horse, which also goes by the name Belgian horse or Brabant, is a work horse developed in the Brabant region of Belgium. One of the strongest and heaviest breeds of draft horse, the Belgian is often brown in color with mane that is typically lighter than the color of the horse, caused by the Flaxen gene. Belgians are cool-blooded, which means they are docile, hard workers, that excel in a number of industries such as forestry and agriculture and are often used for riding.

Named for the region in Scotland in which it was developed, the Clydesdale horse is a large breed of draft, or work horse. Made popular by the Budweiser beer commercials, the Clydesdale is known for its large body, bay color, and distinct white markings on its feet, nose, and chest. In Scotland, the animal was bred for hauling and agriculture, and is still used for the same purposes today. Throughout history, the Clydesdale played a crucial role in the improvement of a number of draught horse breeds.