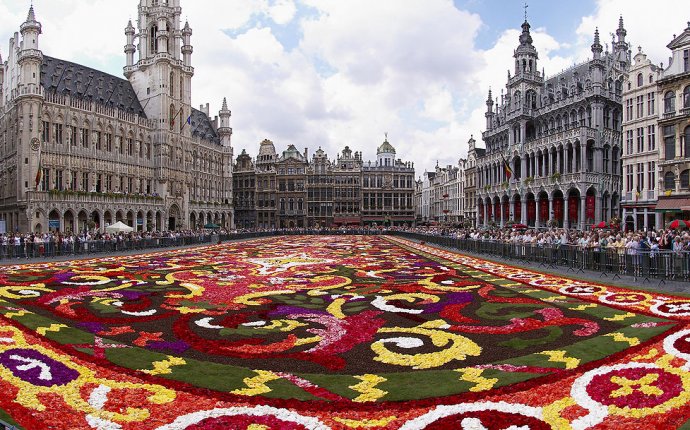 BRUSSELS A suitcase bomb packed with nails and gas bottles could have caused heavy casualties, Belgium's prime minister said on Wednesday, a day after a soldier shot dead a Moroccan national attempting an attack on Brussels' Central Station.

"We have avoided an attack that could have been a great deal worse, " Charles Michel told reporters after a national security council meeting following Tuesday evening's incident, in which no one else was hurt.

No further threat was seen as imminent and the public alert level was left unchanged.

A counter-terrorism prosecutor named the dead man only by his initials, O.Z. He was a 36-year-old Moroccan citizen who lived in the Brussels borough of Molenbeek and had not been suspected of militant links. He set off his bomb on a crowded station concourse below ground at 8:44 p.m. (2.44 p.m. ET).

Walking up to a group of passengers, "he grabbed his suitcase, while shouting and causing a partial explosion. Fortunately, nobody was hurt, " prosecutor Eric Van Der Sypt said.

The suitcase, later found to contain nails and gas bottles, caught fire and then exploded a second time more violently as the man ran downstairs to the platforms.

He then ran back up to the concourse where commuters had been milling around and rushed toward a soldier shouting "Allahu akbar" - God is greatest, in Arabic. The soldier, part of a routine patrol, shot him several times. Bomb disposal experts checked the body and found he was not carrying more explosives.

Molenbeek, an impoverished borough with a big Moroccan Muslim population, gained notoriety after an Islamic State cell based there mounted suicide attacks on Paris in November 2015 that killed 130 people. Associates of that group attacked Brussels itself four months later, killing 32 people.

Molenbeek mayor Francoise Schepmans told reporters that the man, whom public broadcaster VRT named as Oussama Zariouh, was on police files over a drugs case last year and was divorced.

A Facebook page in that name, which had not been updated in a year, showed a man in his 30s posing regularly for selfies at the wheel of the same car. It said he was self-employed, single, came from Nador on the Mediterranean coast and graduated from the nearby university at Oujda in 2002.

Posts on the page showed an interest in Islamic charity but little obvious support for militant organizations.

Paul Cruickshank, a journalist specializing in security issues for CNN, tweeted that a Belgian counter-terrorism official had told the broadcaster that investigators had established the dead man had been a "sympathizer" of Islamic State.

"WE WILL NOT BE INTIMIDATED"

Prime Minister Michel insisted the country, which has been the most fertile European recruiting ground for Islamic State in Syria and Iraq, would not bow to threats that have seen combat troops become a permanent fixture at public spaces in Brussels.

"We will not let ourselves be intimidated, " Michel said. "We will go on living our lives as normal."

There was no immediate claim of responsibility and no word on how investigations are progressing into whether the man had acted alone or had help, and into any links to radical groups.