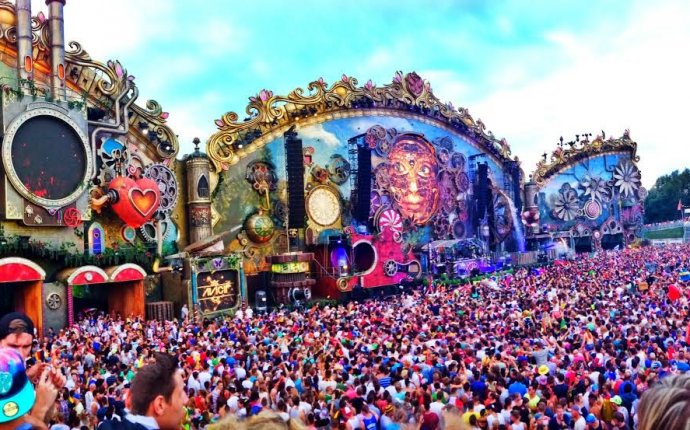 The Britrock band Skunk Anansie had the crowd hopping and gyrating when a sudden, fierce storm began pelting the main stage — and the thousands watching them — with rain and hail.

Organizers said five people were killed and 140 injured, 10 of them seriously.

Skin, the band's lead singer, described the chaos on the band's Facebook page, saying "a burning hot sunny day turned into a mini-hurricane."

"(A) tower fell onto our truck, we had to run for our lives mid-set as hail hit the stage and the wind began to tear it to pieces, " she wrote. "This was the scariest moment I have ever seen or felt in my 20 years of being an artist."

Toon van Wemmel, 26, a graphic designer from nearby Leuven, said "the hailstones came down so hard they caused bruises." He and his partner ran away from the main stage, turned around and saw trees crashing down where they had stood less than a minute earlier.

The Smith Westerns tweeted about the experience.

"Stage collapsed max almost got crushed by the tress. I hope pukkelpop has insurance bc all our [expletive] is broke, " Smith Westerns frontman Cullen Omori said on Twitter, according to Billboard.com.

Omori quickly deleted the message when the extent of the damage began to emerge.

"Apologize to anyone who mistook tweet. Wrote direclty [sic] after running off stage. Just found out the extent of damage. All of prays go out, " the band wrote.

Officials said the dead were all Belgians, ranging in age from 15 to 59. They were not immediately identified.

Hilde Claes, the mayor of Hasselt, spoke of a "nightmare" and said the town had never seen a storm like the one Thursday.

"I have seen many tropical storms, but this was unprecedented, " said Chokri Mahassine, organizer of the annual festival that began in 1985.

The storm lasted barely 5 minutes. As the sky darkened, some of the 60, 000-strong festival crowd ran for shelter from the rain and hail into the tents of caterers and festival sponsors.

But Claes said three huge tents buckled under the force of the wind and the weight of the hail, sending hundreds back outdoors. As tent poles buckled, canvas roofs shredded, flapping in tatters in the wind. Video showed panicked concertgoers crawling out from under the downed tents and running through fields of mud to safety.

"We were dancing away and it (the shelter) caved in in the middle and people were screaming and running away, " one sodden young woman told Associated Press Television News.

Dr. Pascal Vranckx of Jessa Hospital in Hasselt said many of the injured were hit on the head by flying or falling debris. The seriously wounded were taken to hospitals while others were treated at a local sports center.

"There are still three patients in critical condition, fighting for their lives, " Vranckx told reporters.