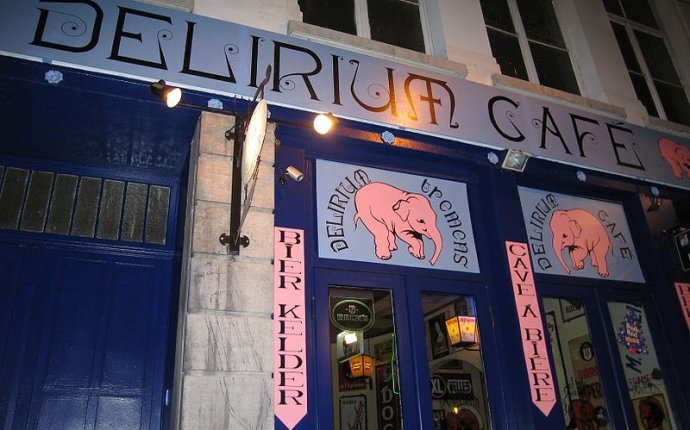 Things to know About Belgium 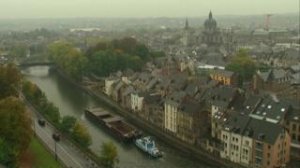 Image caption The Wallonian capital Namur, where the Canada trade deal was derailed

Has Wallonia ever enjoyed such a high profile?

Many who had previously ignored its existence are now frantically googling the Belgian region of 3.6 million after it singlehandedly blocked an EU trade deal with Canada - one that every national government in the bloc wanted ratified.

But it is not the first time in history that the French-speaking area has punched well above its weight. Here are eight things you probably didn't know about it.

During the heyday of the industrial revolution, Wallonia became the second most industrialised area in the world after Britain, thanks to its deposits of coal and iron, and was Belgium's richer half.

Since then, however, the tables have turned. Wallonia's smokestack industries collapsed as Flanders developed a dynamic services economy and the Flemish GDP roared ahead. The Walloons are now the poor relations.

Media playback is unsupported on your device

Wallonia does, though, produce a lot of weapons and medication. It is home to FN Herstal, which makes the M4 assault rifle and is owned by the Wallonia government. It is also home to pharmaceutical giant GlaxoSmithKline.

Magritte came from there

Wallonia's most famous artist is Rene Magritte, who hailed from Lessines. Magritte, whose mother committed suicide when he was young, wore a trademark bowler hat and painted in his lounge.

His surrealist paintings have inspired pop and conceptual art, the cover of a Rolling Stones record, a video by Oasis, and a song by Paul Simon. One of his paintings sold for $11.5m (about £9.4m) in New York in 2002 and there is a museum dedicated to his work in Brussels.

Georges Simenon was a prolific author who wrote hundreds of novels, including 75 that featured his best known character, Paris detective Commissaire Maigret,

He was born in Liege and worked on the city newspaper before becoming an author. He also achieved notoriety in 1977 for claiming to have slept with 10, 000 women since the age of 13.

In fact it's so bad it's good. Enterprising locals offer an "urban safari" through the blight, taking visitors to Belgium's "most depressing street" and stopping by the home of notorious serial killer Marc Dutroux. Graffiti is ubiquitous and the city has drawn comparisons with Berlin and even Brooklyn as it looks to achieve its own rise from the ruins.

It's controversial, but there is a theory that French fries may actually be from Belgium. It is said that US soldiers stationed in Belgium during World War Two may have called them French fries because the locals were speaking French.

The Spanish introduced potatoes to Europe in the 15th Century and there is some evidence that the first potatoes were fried in the 17th Century between Liege and Dinant in Wallonia.

It is thought that people in the area were fond of frying small fish from the River Meuse and when the river froze over one year they began frying strips of potato instead.

A tenuous claim, but not one that the Wallonian authorities are giving up on. Iconic actress Hepburn was born in Brussels in 1929 and spent her childhood between Belgium, England and the Netherlands.

Wallonia is linked to Brussels through the Wallonia-Brussels Federation, a political entity that has responsibilities in the areas of culture, education and sport.

As a result, the Brussels-Wallonia Tourist Board and Wallonia's representative office in the UK are happy to refer to her as one of their own.

Half 'want to be French'

Unlike the Flemish, the Walloons do not consider themselves a nation or desire an independent state - and this isn't just due to their economic weakness. A poll found that only a tiny minority of Walloons wanted Belgium to break up and if secession was forced on them, about half wanted to be attached to France.

Some have even called for such a move, particularly in the city of Liege, a free principality for 800 years before joining Belgium.