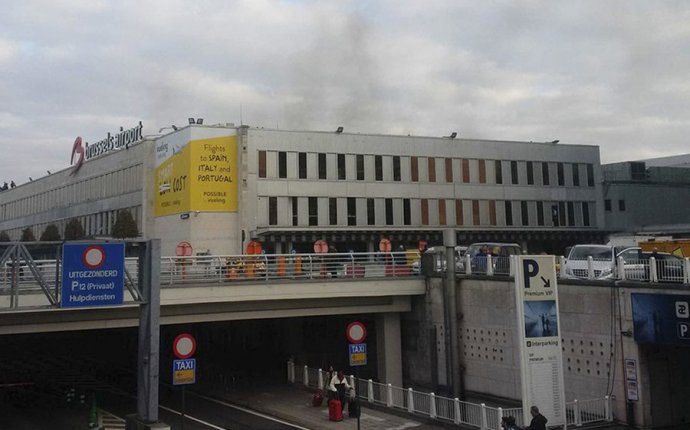 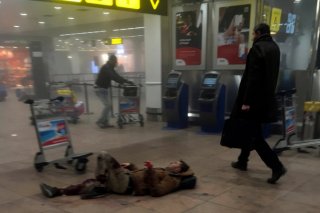 BRUSSELS — Bombs packed with nails terrorized Brussels on Tuesday in the deadliest assault on the European heartland since the Islamic State’s attacks on Paris four months ago, hitting the airport and subway system in coordinated strikes that were also claimed by the militant extremist group.

The bombings paralyzed Brussels, the headquarters of the European Union and NATO, prompted international travel warnings to avoid Belgium and reverberated across the Atlantic to the United States, where New York and other major cities raised terrorism threat levels. Anxieties intensified about the inability to prevent mass killings at relatively unprotected places.

At least 30 people were killed by two blasts at the Brussels airport departure area around 8 a.m. and one in a subway station shortly after 9. The police found at least one other unexploded bomb in a search of a Brussels house hours later. 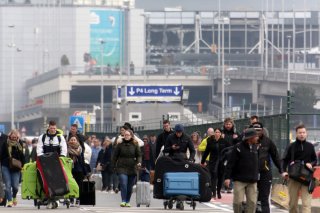 And Europe’s most wanted person suddenly became an unidentified man in a white coat and dark hat seen pushing a luggage cart in an airport surveillance photo taken just before the bombings. Two other men in the photo, each wearing a black glove on his left hand, were identified by Belgian prosecutors as suspected suicide bombers who appeared to have died in the explosions.

“To those who have chosen to be the barbaric enemies of liberty, of democracy, of fundamental values, I want to say with the greatest strength that we will remain assembled and united, ” the Belgium prime minister, Charles Michel, said at a news conference Tuesday evening, declaring a three-day mourning period.

Francis Vermeiren, the mayor of Zaventem, the Brussels suburb where the airport is located, was quoted by Agence France-Presse late Tuesday as saying all three men had arrived in a taxi, putting suitcases that contained the bombs on luggage carts.

CNN reported on Tuesday night that the police removed bags of evidence from an apartment in the northeast Brussels neighborhood of Schaerbeek, after a taxi driver who saw the photograph of the men told the authorities that he had taken them from the building to the airport that morning, with many large bags.

Passengers who had been in line at airport departure counters described sudden panic and mayhem as the explosions turned the area into a death trap with flames, smoke, flying glass, nails and shrapnel, leaving at least 10 people dead.

@GeorgeWeeks2014 @Jono_Kenyon Hope it works ok. Last time I used one in Belgium (at Brussels Zuid/Midi) it wouldn't give me my bag back.

RT @ModelVillageco: This time last week @CharlDeCarle was heading to the @CARE Belgium Gala in Brussels to support empowering women by figh…