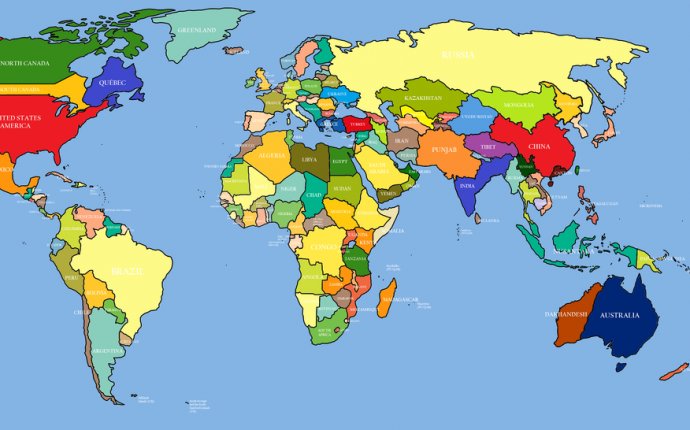 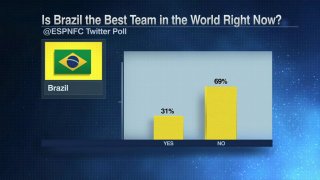 The FC panel debate the best team in international football and highlight Brazil's impressive resurgence. Gab Marcotti and Alejandro Moreno enthusiastically debate whether Brazil can be called the world's best team right now. ESPN FC's Alejandro Moreno delves into Neymar's role for Brazil, focusing in on how he's matured on and off the pitch.

Brazil have taken over at the top of the FIFA rankings for the first time since 2010.

The first team to qualify for the 2018 World Cup, Brazil have won nine consecutive games since Tite took over as coach. 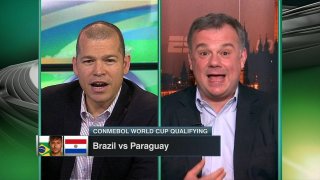 The Selecao replace Argentina in top spot, a side whose participation at the World Cup in Russia is in doubt following poor recent form.

World champions Germany are third and the only non-South American side in the top five, with Chile and Colombia just behind in fourth and fifth respectively. 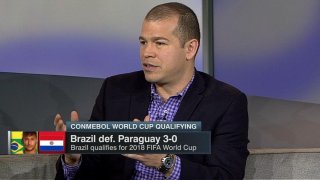 Belgium, out of the top five for the first time in three years, drop to seventh and European champions Portugal are eighth.

Switzerland are the only new team to enter the top 10, up two to ninth, one ahead of Spain, while Poland (11th) and Italy (12th) both climb.

World Cup hosts Russia fell one to No. 61 and Netherlands drop to 32nd, their lowest-ever ranking.

Mexico rose one place to 16th and leads the CONCACAF teams, and the United States climbed seven to 23rd.