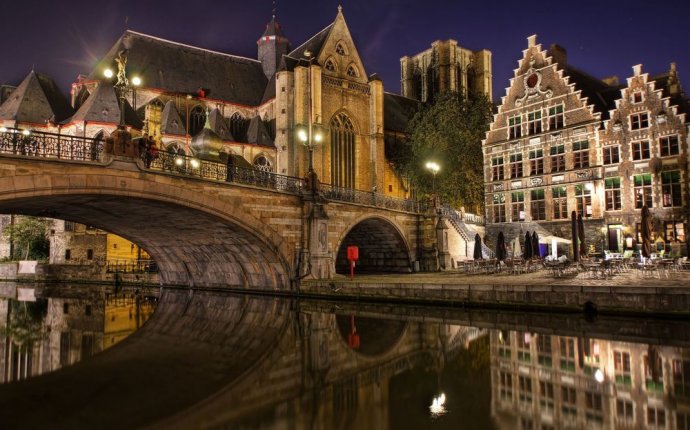 Attitudes and values form the basis of any culture. They reflect both the way people think and the way they behave. Their knowledge can therefore be of significant importance if you wish to communicate with your counterparts effectively. Ignorance of these issues can result in a cultural barrier that may inhibit the communication process and have an adverse effect on the success of your activities in a given country.

How important is the work-life balance for Belgians? How important is punctuality and timekeeping? How do Belgians value fairness in business? Although seemingly unimportant, the understanding of these issues may prove to be priceless when doing business. All too often these issues are neglected during the preparation phase, despite their importance for success. The following section will introduce you to the essential attitudes and values that apply in Belgium and highlight their implications for business practice.

Attitudes to environmental issues have evolved rapidly in Belgium over the last 20 years, both at the public awareness level and in terms of government intervention.

Controls on manufacturing industries are now, in some cases, considered to be almost draconian, though the desire to maintain employment levels quite often tempers the enthusiasm of the authorities concerned. Municipal waste management is highly organised, with the responsibility for waste sorting falling largely on the shoulders of the individual citizen.

With the country featuring two large rivers – the Scheldt (Schelde/Escaut) and the Meuse (Maas) – water quality is a major issue. Contrary to the beliefs of some foreigners and the insistence of local restaurateurs, the tap water in most parts of the country is perfectly drinkable.

Belgians are generally good timekeepers, although the Flemish Belgians tend to be more meticulous than the Walloons. Punctuality in business is generally regarded as a virtue, although apologies for a late arrival will be accepted good-naturedly.

In the case of social events, attitudes on the right time to arrive may vary according to community and class (as far as class can be considered a valid form of identification in this relatively classless society).

For further information, please see below:

Gift giving is not normally an aspect of business relations in Belgium. If you decide that some sort of gesture is appropriate, for example on closing a deal, make the gift a reasonably modest one and make sure it is logo neutral. Nothing should be given with the company logo, or with your business card attached.

If you are offered a gift, open it right away and show your appreciation. Many of the more traditional Belgian companies offer end-of-year gifts and these should be acknowledged.

If you have the honour of being invited into a Belgian home, by all means take a gift for the hostess: flowers, chocolates (for which Belgium is famous), but not wine. The rules on flowers are the same as for most other European countries – no chrysanthemums or carnations, and no yellow flowers (yellow implies that her husband has a mistress) – and the flowers should be sent in advance.

A handwritten note of appreciation the following day will also always be welcome.

It is normal to wear a jacket, not necessarily a suit, in most Belgian organisations, although the younger high-tech companies may happily tolerate an open-neck shirt and jeans. Colour has no particular significance, though it may be preferable to avoid looking too jazzy. The quality of clothing is of only marginal importance in a culture that shows relatively little class-consciousness. Apart from making sure that your shoes are reasonably smart and well-polished, it is enough to avoid looking grubby.

Women, the younger generation in particular, may wear trousers, particularly trouser suits. When in doubt about the dress code for a particular business event, it is advisable to be well dressed rather than under-dressed. Uniforms, except for hygiene workers and chefs etc., are rarely worn.

If unsure of the dress code and what to wear, it is perfectly acceptable to ask someone from the company you are visiting. Although Belgium has one of the highest average annual rainfalls in Western Europe, the weather is rarely a major problem. A raincoat is normally sufficient without the addition of an umbrella.

Under-the-table payments, by potential suppliers to company buyers, were not an unusual feature of the Belgian business scene even 30 years ago, but the practice has since largely been stamped out. In Transparency International’s Corruption Perceptions Index for 2012, the country claims 16th position on the world scale with a score of 75.

In March 1999, Belgian anti-bribery legislation was completely revised. Included within this revision was an extension of the Belgian courts’ powers regarding extraterritorial bribery. Bribing foreign officials is a criminal offence in Belgium.